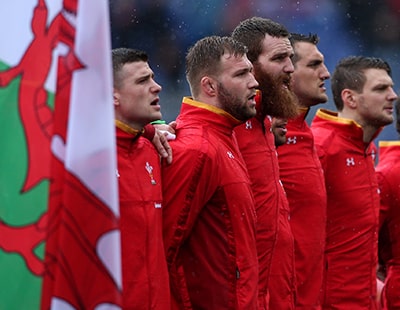 An estate agent in Cardiff has come up with a marketing wheeze in a bid to win more instructions - but he admits it could cost him £250,000.

CPS Homes, which has three branches in the Welsh capital, stands to lose that sum if Wales triumphs in the Rugby World Cup final in November in Japan.

The reason? Well, director Barrie James has been playing a blinder following Wales’ Grand Slam-winning Six Nations campaign earlier this year. That’s because he launched an offer that will see his company return fees to sellers if Wales bring home the World Cup.

Homeowners who have listed and sold their property with CPS Homes since April 1 have automatically been placed on the deal, so stand to be refunded thousands of pounds each if the team are successful.

And the offer applies to sellers who market and sell with the agency this autumn too, as long as they start marketing before the Welsh team’s final group stage match on October 13. Barrie James reckons the total at risk could be a cool quarter of a million pounds.

“We’re a proud Welsh agent and huge supporters of Welsh rugby, so I’d like nothing more than to see Wales win the World Cup. Yes, it would be a sizeable financial loss, but how many times am I likely to see my country win the World Cup in my lifetime? You can’t put a price on that” explains James.

“I was originally in two minds about running the offer because we’ve had to deal with the loss of tenant fees recently. But you know what, if it means we’re champions of the world and everybody is smiling as I walk around Cardiff, it’ll absolutely be worth it.”

Sellers may be discouraged by Wales’ 22-17 loss to Ireland on Saturday - but before that match Wales were ranked number one in the world.

“If we make a fantastic start to the competition and look like going all the way, I may get caught up in the nation’s excitement and extend it to anyone who lists their home before the first whistle goes in the final.”