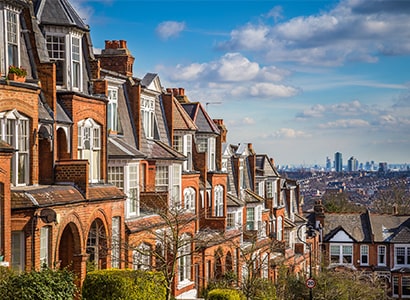 Some homes in the UK are now worth 44 per cent less than they were a decade ago, claims the estate agency comparison website GetAgent.

The top 10 best locations for house price growth are all located in London, with Camden leading the lot at a seismic 389.82 per cent in 10 years; meanwhile Lambeth sits in second place with 322.74 per cent growth followed by Kensington and Chelsea at 241.98 per cent.

The biggest growth outside London since late 2008 is Cambridge on 156.71 per cent, followed by Winchester and then Coventry.

"While we tend to focus on top-line statistics the UK housing market is made up of thousands of micro-markets and so what is happening in one area can be the polar opposite to another” says Colby Short, GetAgent’s founder and chief executive.

Homes sell for 96 per cent of asking price in England and Wales ...

Sellers across England and Wales achieve an average 95.94 per cent...