Yes it’s Monday, so it’s another edition of PJT, your guide to the key moves and changes in the agency and supplier industries.

Please let us know what’s happening by emailing press@estateagenttoday.co.uk and we’ll let everyone know next Monday. In the meantime, here’s the latest…

Let’s start in the north of England where Ascend Properties has taken on new staff after taking on a substantial 1,000-unit Build To Rent contract, and having opened an office in Leeds to complement existing branches in Liverpool and Manchester.

In total, the agency has seen increased its head count by almost 40 per cent in the last 12 months, with new hires particularly in the dedicated Build to Rent Asset Management department.

“Build To Rent is a sector we expect to be very focused on in the coming years and feel we are perfectly placed to deliver exceptional results for investors” according to Ged McPartlin, Ascend’s managing director.

Our thanks to Amy McKinley for letting us know her big news - that after holding a long series of agency industry posts across the North West of England, she’s now set up McKinley Training in her native Preston.

“Having spent 15 years as an estate agent I have sat through my fair share of truly awful training sessions and watched initiatives be quickly forgotten by front office teams. I coach teams to fully embrace and adopt new ways of working which are easy to implement, by delivering engaging content which has been designed to meet the exact needs of the business” she says.

Amy’s approach is very business-friendly - she says she’ll offer evening and weekend training sessions so nobody has to shut the office unless they want to.

LSL Property Services is currently in the midst of downsizing its branch network but one division - LSL Land & New Homes - says it’s to double its existing staff numbers at its PX Hub.

This is located in Nottingham and specialises in offering part exchange and assisted move services to house builders, working alongside estate agents across the UK, including those not directly associated with LSL.

Helen Buck, LSL’s executive director for estate agency says: “We have invested in new premises, increased staff numbers and will shortly introduce a new IT Infrastructure to help our clients further and ensure that they in turn can respond to their customers’ needs faster.

Now down to London where Thea Carroll has left Knight Frank’s The Buying Solution to set up her own eponymous property consultancy. 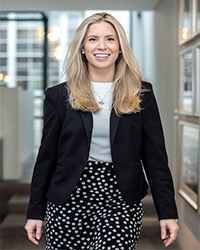 Thea had been with TBS for almost two years and had acquired and rented for clients some £43m of property.

She thinks it’s the right time to strike out on her own despite the obvious difficulties of the market.

“Whilst some think this could be the darkest hour for property, I suspect that this may also be the best time to launch a new business into what may be an uncertain market, but one I already know is exposing huge opportunities” she says.

Allied to the agency world is conveyancing and one prominent platform and case management system - The Moving Hub - has three national business development managers to form a specialist in-house legal advice team of ex-conveyancers and paralegals. 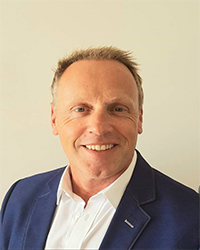 "Our growth over the past six months has exceeded our expectations, despite operating in what remains a challenging housing market. It’s clear that intermediaries and estate agents are recognising the benefits attached to technology and are realising the value of working with tech partners who can save them time, better support their service standards, client expectations and generate additional income” explains chief executive Peter Joseph.

So that’s it for this week. We’re back next Monday, of course, so until then…