A review website, allAgents, has made a stinging attack on Michael and Kenny Bruce, the...

Connells’ £80m bid for Countrywide has been given a shot in the arm by international... 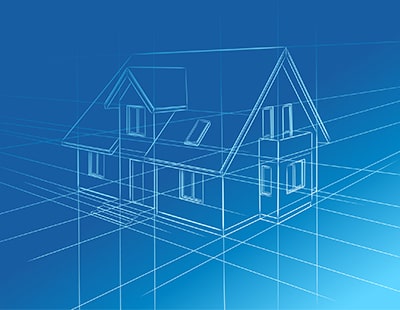 A new digital platform has been set up in a bid to provide a one-stop-shop for self-build enthusiasts - and it says agents can list, for free, any plots they have for sale.

MyPlot describes itself as “a beautifully functional, easy-to-navigate platform created to strip the complexity from the self-build process.”

It aims to build on early enthusiasm shown for the government’s Right To Build register, which has had 18,000 people register in its first seven months.

RTB legislation requires local authorities in England to maintain a register of people and groups in their area who want to have a role in an owner-commissioned home, whether that be for Custom Building, Self Building or through community-led housing, such as cohousing or Community Land Trusts.

“Finding the perfect plot is the first hurdle in any self-build journey and for too many it’s also the last. We want to help people find the right plot. It’s important that we have a diverse range of plots listed on the site, which is why we allow estate agents to list any plots on their books completely free of charge” according to MyPlot founder Paul Smith.

It’s early days for the site but 29 agency offices have listed, including from Hunters, Jackson-Stops and Armitstead Barnett amongst others, while some developers and private individual also list their plots. There are around 50 plots listed currently, many with planning consent and many advertised as POA.

Self-build has been hailed as the saviour of the housing crisis for decades but without ever reaching any significant success compared to other countries.

The most optimistic analysts currently say between seven and 10 per cent of new homes in the UK are self-built - but some analysts and house builders say far fewer - whereas in parts of mainland Europe and Australia the figure is 75 per cent or above.

One of the growing number of free to list property portals,...

Free-to-list portal set to become “one of the largest in the world” ...

Vendors’ homes listed on Rightmove for free by mortgage website ...

A new website that describes itself as an estate agency says...