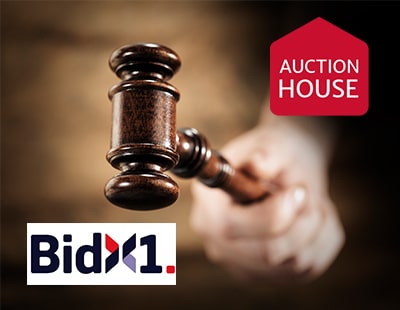 Auction companies have issued statements boasting of their own performance as old school companies and new entrants vie for market share.

Firstly the UK’s largest property auctioneer, Auction House – operating as Loveitts Auction House in Coventry and Warwickshire - says that its record results for the first half of 2019 indicate the continuing attraction of room auctions.

“Not only have we sold more lots than at any other time in the 12 year history of the company, but we’ve done so when the latest indications are that nationally the sector is down by around 10 per cent. The results suggest that the Auction House model, which is to sell local properties to local buyers through regional auction rooms, is providing precisely the format the public are looking for” says Sally Smith, Loveitts director and auctioneer.

“Whilst online auctions will continue to supplement our lot numbers, the best choice for most sellers will be a salesroom. For buyers too, the auction room is generally preferred because it has all the energy and excitement that sitting in front of a computer screen simply cannot replicate” she adds.

Meanwhile Auction House’s national founding director Roger Lake says entries for his company’s July auctions are high, with 585 lots currently showing on its website and more yet to be added.

“There is a strong motivation to get assets sold before the summer holiday break. This always boosts our July numbers, and seems to be doing so again this year” he comments.

“Interestingly, our average sale price is down at £116,000 from £126,000 in 2018, which reflects higher sales numbers in the north, and fewer high-value London lots being included in the mix. But ultimately, auction success is measured by the number of lots sold – and this year we’re ahead of last year by a significant 10 per cent.”

Not to be outdone, BidX1 - which describes itself as “the ground-breaking digital property auction company” - has unveiled its largest catalogue to date ahead of its sale later this month.

The auction will see 102 lots go under the virtual hammer with guide prices totalling in excess of over £26m - some £9.8m will be residential, including a Suffolk HMO property comprising two adjoining three and five storey buildings totalling 80 units.

“Vendors are tapping into the added benefits that our digital platform provides, from greater transparency and dedicated bidders to the insight of data-analysis in order to best market and transact their properties.

“We’re excited by the momentum we’re gaining as evidenced by the size and calibre of the July catalogue” says company spokesman Oliver Childs.

Poll: Which type of auction works better for the industry?

Boomin has issued research done on its behalf into the value...