Once a year you might be perfectly justified in putting your feet up for a weekend and enjoying some great sport - and this is that weekend, with the British Grand Prix, Wimbledon finals and Cricket World Cup finals all on the horizon.

But once that’s over, we just know you’ll be back to fund-raising and this week’s bumper bundle of good work is evidence that our industry is fantastic at helping charities.

Everyone here made contact with us at press@estateagenttoday.co.uk - do the same and we’ll feature you next week. In the meantime, it’s lights out and away we go…

Andrews celebrated its 70th anniversary in 2016 and raised £70,000 to kick-start this project. The fourth home it had launched is a pair of self-contained flats in Bristol’s Fishponds district, that will house a tenant each. The properties will be managed on a day to day basis by local charity, 1625ip which works with young people to avoid homelessness.

This is done in collaboration with its principal shareholder Andrews Charitable Trust, which has purchased and refurbished this property. 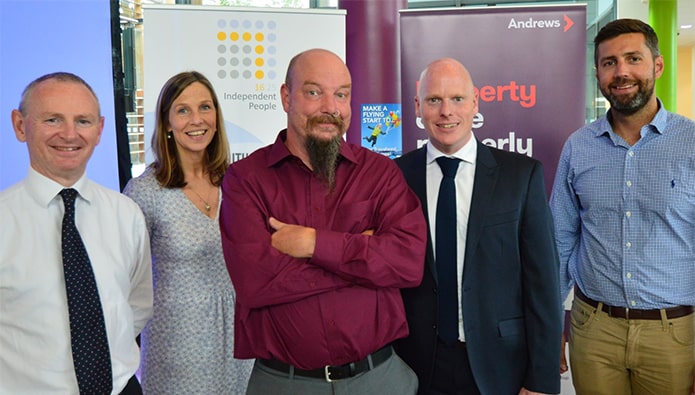 David Westgate, group chief executive at Andrews Property Group, says: “It’s a little over two years since we launched the first of the [establish] homes so the fact that we’re here today celebrating the fourth is just incredible. With a vision to provide 50 homes to local charities within 50 years, we’re already well ahead of that schedule and that is testament to the focus, drive and determination of not only the entire Andrews’ team, but also the local charities that we partner with.”

Dom Wood, chief executive of 1625ip, added: “Since launching the first home in 2017, our team has witnessed just how real Andrews’ commitment to social philanthropy is. We’re both delighted and honoured to now be here celebrating this new home that will provide two more young people with a home and vital support for the coming few years and look forward to engaging with more members of the Andrews’ team, without whom this initiative simply wouldn’t be possible.”

Pop-Up Market: Beresfords and the Brentwood Business Partnership have come together to host a pop-up market this weekend along Brentwood High Street and in the Baytree Centre piazza.

Taking inspiration from the likes of Spitalfields and Covent Garden it aims to offer street entertainment and a quirky ‘chill out’ area where people can sit back and relax. Beresfords is actively involved within the community and says that to be a part of an exciting project such as this, seeking to improve experiences for local people, is fantastic.

For further details on The Market Place or to find out about hiring a pitch contact Nicki Treffers n.treffers@:beresfords.co.uk Tel: 01245 447935.

This year Godfrey is showing his continued support to Rainbow Trust Children’s Charity which supports families with a seriously ill child. Godfrey is taking part in the Ride 100 which is a timed 100-mile cycle race around London and Surrey on August 4.

This will be Godfrey’s fifth time taking part in this event so he decided to raise the bar and do the seven colours of the Rainbow Challenge which involves:

- Cycle the distance across America, 4828km;

- Cycle up Ventoux in the French Alps;

- Cycle Ride London Surrey as part of Team Henry with the rest of the Rainbow Trust riders;

- Hever triathlon, just to mix up the cycling!

Godfrey’s son Henry was born with a rare condition called posterior urethral valves which has left him with severe kidney and bladder damage and he is entirely feed through a tube in his stomach. A few months ago Henry underwent his 50th surgery.

He has had his bladder reconstructed using a part of his bowel and a Mitrofanoff made so he is able to catheterise several times a day. Henry also has a Hickman Line connected directly to his heart which needs changing every week in London. In the future he will need a kidney transplant but for now, thanks to the Evelina London Children's Hospital and support from their Rainbow Trust Family Support Worker Nicki, he is very happy child.

On a daily basis Henry has many syringes of medicines to keep his kidney function where it should be. He is also catheterized every three hours and is peg fed through a port on his stomach through the night.

Also, every week he attends the Evelina Children's Hospital where his Hickman line dressing is changed and bloods are taken. Even with all this he still smiles every day! 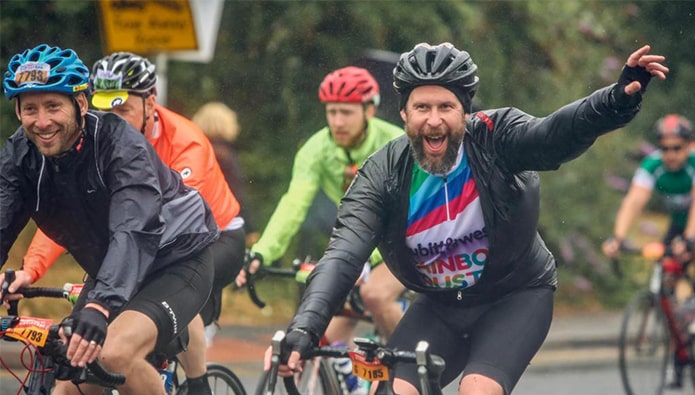 Godfrey comments: “Nobody expects to be in our situation, including us and as amazing as our friends, family and colleagues have been and will continue to be, there are times as a family we just need that extra bit of support. This is where Rainbow Trust have stepped in. Nicki our Family Support Worker is there whenever we need her, to help with the practical things like driving to hospital for Henry’s check-ups and treatments and entertaining Thomas, Henry’s little brother during the long waits for consultants and tests.

“She is also a brilliant emotional support when the stresses and strains of our situation gets too much. Nicki has been on this journey with families hundreds of times and because of that she understands the doctors’ jargon, she knows her way around the hospital and she is a dab hand with a Nerf gun! It's all these things and more that Nicki does that makes things just a little bit easier for us. She can’t cure Henry’s condition, but she can and she does help us and other families in similar situations cope day to day”.

Godfrey has a target of £10,000 for his 2019 fundraising events and has raised just over £6,000 to date, if you would like to donate: https://www.justgiving.com/fundraising/godfrey-haire

Leeds Mencap:  Leeds city living specialist Morgans is continuing to build on its relationship with Leeds Mencap, after more than 30 property professionals from the firm recently spent a full day volunteering at the local charity.

Leeds Mencap supports over 450 children and adults with a learning disability in Leeds, as well as helping their families. 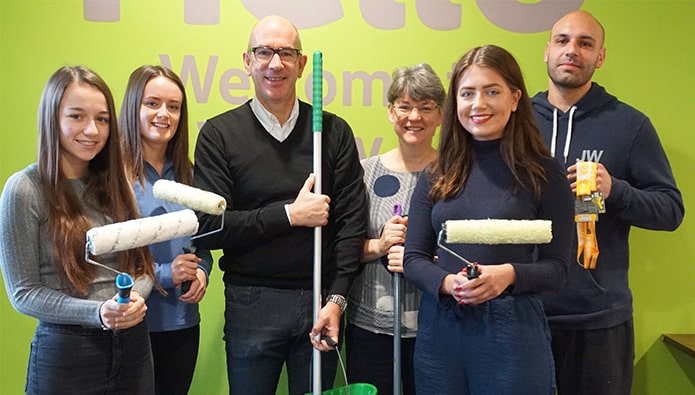 Morgans has been donating both time and money to the charity for five years and managing director Jonathan Morgan says: “Having operated in Leeds for over 22 years we are extremely proud and protective of our city, and feel it’s really important to play an active role helping young people in Leeds.

“We have found that many of our team are keen to volunteer with deserving organisations, and by creating dedicated charity days, they can do it in a structured and meaningful way. Plus, when 30 of us descend, the proverb that ‘many hands make light work’ rings true, and we can achieve a lot of amazing things in a short space of time.

“Earlier this year we delivered 110 chocolate eggs to Leeds Mencap, so that all the young people who attended at Easter enjoyed a treat, and one of our sales team, Alex Lavigne, is also raising money for the charity with four gruelling challenges.”

Alex is completing four fundraising feats, including climbing the Three Peaks, completing a parachute jump, and running both the Leeds Half Marathon and the Leeds 10k.

The Fine & Country Foundation raises money for homeless causes in the UK and overseas. Fine & Country offices generate donations by giving a portion of the completion fee, hosting fundraising events and other creative methods. In return for their generosity, they are invited to select the homeless charity or project of their choice.

The Fine & Country Foundation aims to support as many homeless and vulnerable people as possible by creating achievable and transparent goals for their donors.

The office has a number of fundraising events planned throughout the year to support local homeless charities, including the Wolf Run in September.