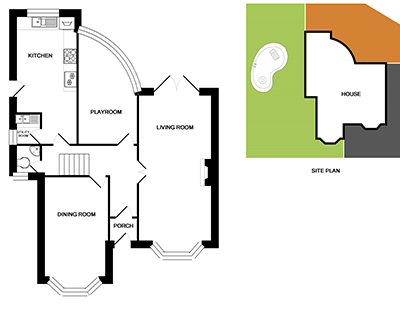 A PropTech firm has repeated claims it first made in March about allegedly inaccurate floorpan measurement and says a new initiative by the Royal Institution of Chartered Surveyors is inadequate to protect consumers.

Three months ago Spec issued a press release claiming that estate agents in London were undervaluing properties because of “outdated and inaccurate property measurement techniques used to create floorplans.”

Specifically, the company claims around one in eight properties in its study had an area discrepancy of at least 100 square feet.

Now the company is repeating its complaint and says a new RICS initiative - which we reported last week here - is inadequate, at least in terms of its policing.

“RICS has produced a property measurement standard to ensure that all residential properties are measured consistently, whether it is for sales or lettings purposes. However, this standard seems to be routinely ignored by both the industry and various regulatory bodies” says James Marshall, founder and chief executive of the company.

“We need a standardised measurement system that takes the guesswork out of property surveying, an assurance that property surveyors are appropriately certified and that a clear process is enforced outlining rules that are set out to protect the interest of homebuyers and tenants” he adds.

Marshall claims that mismeasurement goes well beyond what he calls “an incorrect representation of a property” because it impacts how much people pay in council tax, stamp duty and insurance, and because it may have an impact on resale value.

“Mismeasurement also means that EPC ratings are completely incorrect – an estimated 35,000 E-rated properties are being let illegally by landlords, as they are actually below the standard set by the government for the residential lettings market” he continues.

A PropTech firm that regularly claims London homes are mis-measured in...

Agents accused of undervaluing because of faulty floorplans ...

Agents back tool which claims to create "most accurate" floorplans ...

The manufacturers of a new PropTech tool claims it produces “the...