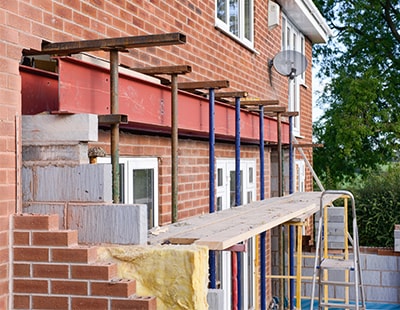 There’s been a mixed response to the government’s surprise announcement that it would make permanent the right of home owners to make substantial extensions to their property without the need for formal planning consent.

The news could spell a further reduction in transactions for agents as the government’s announcement over the weekend made it clear that the permitted development rights would mean owners could avoid the “arduous” process of moving house.

Most agents who responded to Saturday's story on Estate Agent Today in the comments section or on Twitter felt the initiative was understandably good news for owners, but that a reduction in stamp duty would make a house move more attractive to those wanting a larger home.

Planners are predictably concerned at the move.

Martin Tett, the Local Government Association’s planning spokesman, says: “Permitted development rules are taking away the ability of local communities to shape the area they live in, ensure homes are built to high standards with the necessary infrastructure in place and have resulted in the potential loss of thousands of desperately-needed affordable homes.

“While we recognise building extensions under permitted development has been popular with homeowners, the planning process exists for a reason.

“We do not believe this right should be made permanent until an independent review is carried out of its impact, both on neighbouring residents and businesses, and also the capacity of local planning departments.”

And he adds: “The current process also means councils have limited opportunity to consider the impact of such extensions on the local area, because they don’t go through the full planning process.”

Under the rules, homeowners can put a single-storey rear extension on their property of up to six metres for terraced or semi-detached homes, or eight metres for detached homes.

Instead of waiting for formal approval, homeowners notify the council of the work beforehand, and officials inform the neighbours. If they complain, the council decides if the extension is likely to harm the character or enjoyment of the area, and may block the plans.

Over 110,000 extensions have been completed since 2014 under the previously temporary rules.

Housing minister Kit Malthouse MP says the change - which applies in England and Wales - means "families can grow without being forced to move ... these measures will help families extend their properties without battling through time-consuming red tape."

Homeowners will be able to extend properties more easily instead of...