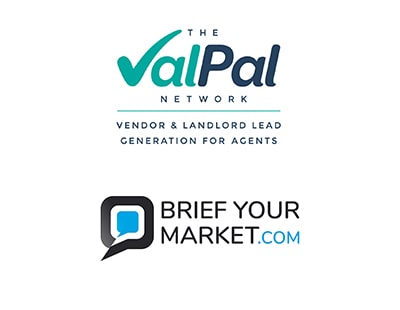 Two of the PropTech sector's highest profile digital marketing suppliers are integrating in a bid to help agents nurture the leads they generate.

BriefYourMarket.com was set up a decade ago by two former agents; since 2016 former LSL director of estate agency David Newnes has been a non-executive director of the PropTech firm, and earlier this year it was announced that he had made “a significant investment” in it.

There are over 800 agency brands across more than 4,000 offices in The ValPal Network, which is a product of Angels Media, publisher of Estate Agent Today and other Today titles for the industry.

In addition to providing an online valuation tool and additional products for agents, TVPN is soon launching MovePal, a consumer moving hub which agents can use to generate revenue from referrals, as well as PortalPal which will qualify buyer and tenant leads generated by major portals.

Commenting on the partnership with The ValPal Network, Richard Combellack - chief commercial officer of BriefYourMarket.com, says: “We’re seeing outstanding results from the integration already, with a mutual client – Roberts Estate Agents, based in Wales – receiving over 261 qualified valuation leads from a single email campaign.”

Katie Darlow, residential sales director at Roberts, adds: “The ValPal Network rang me and said: ‘what have you done? You’ve had more leads in a week than most agents have in a month’. A normal company would be doing extremely well if they had 300 requests in a month. And in that week, we had 261 completed requests across 10 branches.”

Not all prospective clients for an agency are ready to instruct right away, so it is important to nurture them, keeping the brand fresh in their mind when they are ready to sell or let a property according to Craig Vile, director of The ValPal Network.

“Nurturing leads is an extremely important part of the overall marketing process and it's something that not all are doing effectively” he adds.

PropTech services The ValPal Network and Loop Software have launched an integration...

Agents advised: Don't head off ho-ho-home too early this Christmas ...

Estate and letting agents are being warned not to slow down...