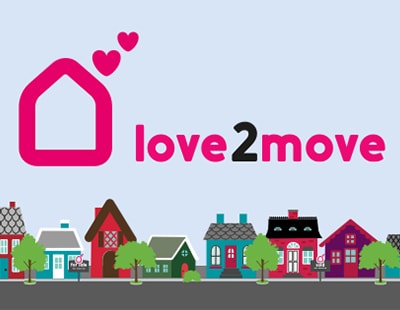 A millionaire who has not previously invested in the property industry has taken the plunge by funding an online agency network.

The network, love2move, allows existing High Street agencies to run white-labelled online sales operations alongside traditional services; earlier this year it pulled its crowdfunding appeal after it reached 68 per cent of its £120,000 target.

Some observers thought the withdrawal from the crowdfunding site Crowdcube was because of the publicity surrounding the crowdfunding exercise by the original owners of another online firm, Emoov, in the summer of 2018.

However, it now appears that love2move has won what it calls “a substantial cash injection from angel investor Gary Dewhurst.”

Dewhurst launched Gap Personnel Group in 1997 and grew it to one of the top five UK independent recruitment agencies before selling 75 per cent of his shareholding to Japanese company TrustTech for £20m.

A statement over the weekend from the love2move says Dewhurst now invests in a range of entrepreneurial companies, with this being his first foray into property.

“This is an exciting new sector for me to be involved in.   was alerted to this opportunity via a respected property professional and was impressed by the rationale and growth potential of love2move” says Dewhurst.

His business associate Kourosh Mehrabani - a former corporate finance advisory partner at Deloitte - will join the love2move board. According to Dewhurst this “will add tremendous value in helping the team achieve their ambitious growth plans.”

The original crowdfunding pitch by love2move, launched on Valentine’s Day two months ago, said: “The [£120,000] fundraise will allow love2move to move swiftly to onboard a large amount of the UK’s independent estate agents and provide them with the proprietary tools necessary to compete on a level playing field with the online-only agents. The pitch just launched explains how love2move fills a gap in the market that has been created by the rise of online-only estate agents.”

The statement by the company over the weekend took this forward by saying it wanted ”like-minded, forward thinking estate agents who want to increase their profitability and add an additional revenue stream to their business” to get in touch.

The agency says it is temporarily waiving the joining fee in a bid to woo agencies, although only one company can white label the online services in any one geographical area.

The love2move concept was devised in 2017 by Lancashire-based high street estate agents MovingWorks to fight back at online-only agents taking market share.

Chief executive Georgina Cox says of the latest investment: “Love2move has been created by agents for agents and we’re really excited to have secured this funding from such a respected entrepreneur. We are looking forward to working closely with Gary and Kourosh as we drive the business forward.”

A firm that offers a white-labelled online agency platform to traditional...