Countrywide has named a senior businesswoman as chair of its controversial remuneration committee which was at the centre of a row last year over executive pay.

The new chair is to be Natalie Ceeney, who takes over the role today.

After training as a consultant at McKinsey, Ceeney’s career has included being chief executive at three bodies - HM Courts and Tribunals Service, The Financial Ombudsman Service, and The National Archives. She has also been a member of HSBC’s UK executive team “leading digitally-enabled customer-focused change” according to Countrywide. 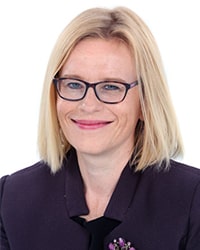 The role as chair of the remuneration committee shot into prominence last year when, according to Sky News, Ceeney’s predecessor - Cathy Turner - quit following a high profile investor rebellion over a Countrywide executive pay programme.

Under the programme, called the Absolute Growth Plan, Countrywide executive chairman Peter Long could have received stock worth well over £6m.

Two other board executives - Paul Creffield, the group managing director, and chief financial officer Himanshu Raja - could have received shares valued at more than £8m and £7m respectively.

However, Countrywide did a U-turn in the light of publicity about the incentive happening at the same time as its Back To Basics programme attempting to attract staff to return to the company.

Media reports suggest that Ridgeway Partners, a search firm, was asked to find a replacement for Turner, who had been on the group's board and chaired its remuneration committee since 2013; Turner finally stood down from the board yesterday, after the company AGM.

Yesterday Countrywide’s share price tumbled once again in the light of its trading statement warning of reduced revenue and profit, which it blamed on Brexit.

It closed almost eight per cent down at just 6.5p as investors reacted to news that the Countrywide group income in the first quarter of 2019 was £140.3m compared with £144.6m for the same period in 2018.

Countrywide had previously reported that for the first half of this year EBITDA - that’s earnings before interest, taxes, depreciation and amortisation - would be down by £3m to £5m. But now the company warns: “We anticipate that H1 adjusted EBITDA will now be around £5m lower year on year.”

Shareholders in Purplebricks have given overwhelming backing to the company’s remuneration...

A former chief executive of OnTheMarket is now able to cash...