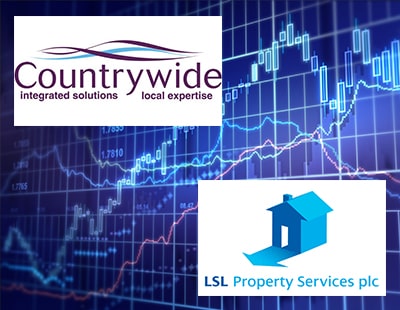 Countrywide has this morning revealed that group income is down yet again - it blames continuing Brexit-related problems.

It says: “The ongoing uncertainties surrounding Brexit continue to weigh heavily on consumer confidence as a whole. For Countrywide, this uncertainty is affecting the residential and commercial property markets, particularly in London and the South.”

Countrywide had previously reported that EBITDA for the first half of this year - that’s earnings before interest, taxes, depreciation and amortisation - would be down by £3m to £5m.

But now the company warns: “We anticipate that H1 adjusted EBITDA will now be around £5m lower year on year.”

It says that its Back To Basics programme, which it describes as a “series of self-help measures”, should show  benefits during the second half of 2019.

Meanwhile another announcement, this time from LSL Property Services - which owns Your Move, Reeds Rains and the London agency Marsh & Parsons - shows that the high-profile sell-off and restructuring of its branch network is apparently showing results.

“We are pleased that the implementation of this programme is progressing in-line with our expectations despite the scale and complexity of the project” it tells shareholders this morning.

“During Q1, the Your Move and Reeds Rains estate agency branch network was reshaped from 308 owned branches to 144 keystone branches following the closure and merging of 81 neighbouring branches into the keystone branch network, the franchising of 39 branches and the closure of 44 branches. This reshaping was in-line with LSL's intentions announced on February 5. We continue to expect these changes to deliver a material improvement to underlying operating profit in Your Move and Reeds Rains, assuming no material change in market conditions” the company statement to the London Stock Exchange says.

However, LSL is not immune from Brexit issue issues, especially around south east England.

Specifically, total residential sales exchange revenue was down by 13.7 per cent year on year; on a like-for-like basis, adjusting for the closure of the Your Move and Reeds Rains branches during Q1, total residential income decreased by 9.4 per cent.

Countrywide: big transactions slump - with warning of worse to come ...

A trading update released by Countrywide this morning shows a 29...