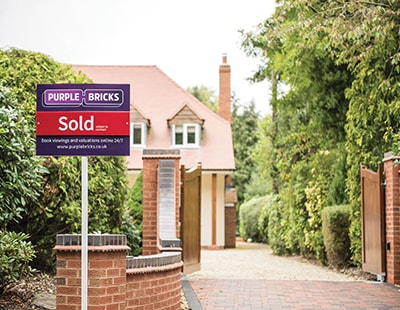 An estate agent who operates an online blog has told The Times that Purplebricks has faked price reductions.

Other tricks which the agent reveals about the agency industry as a whole include portal juggling - that’s the fake or repeated listings of properties - and sometimes even listing details of completely false properties.

Purplebricks is named in the newspaper story as having caught the attention of the blogger for allegedly faking price reductions. The hybrid agency says the blogger is citing “isolated” incidents.

The Times has spoken with the agent and is convinced of his or her authenticity.

Here’s the piece in its entirety from today’s Times:

An anonymous estate agent has sent a shiver of fear across the industry by revealing the tricks of the trade that mislead buyers.

In a blog that has become the talk of the property world, the agent is picking off high-profile brands one by one to highlight their misconduct. It says bad practice is rife across the industry and not reserved to a few rogue operators.

The blog accuses one upmarket company of listing fake properties to attract buyers and another chain of posting false price reductions to make house hunters think that a listing is a bargain.

It also details how agents routinely defy the law by listing properties without energy performance certificates and says that Zoopla and Rightmove’s “best agent” guides are fooled to make agents appear more successful in achieving sales than they are.

The blogger claims to have worked in the industry for more than 15 years. He writes: “I have seen at first hand how the industry routinely breaks the rules when advertising properties, mainly in lettings but also in sales.”

On the posting of fake properties, he says: “From my experience, this activity is instigated by companies at branch manager level or above. I worked for a company that created a custom interface for uploading fake properties and relisting stock. It was a deliberate strategy to mislead the public. If we received a complaint, say from a landlord who had seen their property online, we would apologise and blame it on an IT glitch.”

The blog claims to have conducted research that shows that more than 60 per cent of agents in north London re-list properties that are already sold or let. It says: “Agents do this to increase the number of inquiries and to make themselves look busier to any prospective landlords.”

The blog says that one of the most common practices is posting fake price reductions. It says agents will increase the price again moments later to bump the listing to the top of Rightmove’s chronological listings. Buyers are misled because Rightmove does not show the original price, only that a property has been “reduced”.

The blog published data to allege that Purplebricks, the online agent, is a “particularly bad offender” at fake price reductions.

The blogger, who spoke to The Times on condition of anonymity, said: “Part of the problem, particularly in lettings, is that there is no one policing the industry. There is no sheriff in town. Some of these practices may not appear the worst thing in the world but if people are prepared to do them when they can easily be found out, you have to wonder what else they are doing behind closed doors.”

Purplebricks said: “We’re disappointed to see these isolated examples, which are a tiny proportion of the thousands of changes made by Purplebricks and our customers every day. This is not a practice we adopt or accept and, in line with our commitment to higher standards of transparency in our industry, we will actively prevent this kind of behaviour as soon as it’s pointed out.”

A slew of allegations have been made against agents and sometimes...

Tracking exercise to reveal 'which agents are best at selling' ...

A City consultancy has noted every property advertised on Rightmove in...