MyBid4It has been launched by a former Yorkshire estate agent, Charlie Lancaster, and joins companies like sector leader IAMSold.

The company says its new platform offers sellers and buyers “a fully transparent sales process” and says that with “upfront information available” buyers can make informed decisions on their purchase. 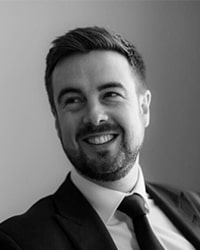 “Sellers meanwhile, will benefit from lower selling costs, whilst also reducing the risk of sales falling through, due to this modern method of sale” the firm claims.

“As an ex-estate agency owner, I have experienced the frustrations of the sales process through many buyers and sellers and I wanted to improve this for the industry as a whole” explains Lancaster.

”We can now offer more transparency, lower fall through rates and shorter completion times for agents and their clients alike” he continues.

The MMA system is considered highly lucrative for some agents and operators: in November IAMSold said that it generated £10.6m in fees for agents in the 12 months to the end of October, on a £19m turnover based on 3,300 completed sales.

MMA allows buyers to bid on a property online with a long completion timescale - rival purchasers may have up to 30 days before the end of the bidding - giving the eventual buyer time to sort mortgage finance.

However, there has been criticism of the fact that once the online hammer falls, the buyer must pay a substantial non-refundable reservation fee: this can be several thousands of pounds and can, depending on the property price, attract stamp duty.

In October the HomeOwners Alliance consumer group described the MMA sector as “murky” and suggested a possible lack of transparency over the fees, which are often £5,000 plus VAT. These fees - according to the HOA - “go straight to the auctioneers and estate agent.”

Three weeks ago an unnamed member of the Bold Legal Group - an information exchange service for conveyancers - issued a warning saying: “We are coming across more and more properties being dealt with in this manner and there are a few well known estate agencies where this is becoming the norm.  Clients and their lawyers really need to be wary as buyers pay a non-refundable ‘reservation fee’ – usually a percentage of the purchase price.

“Many clients do not realise this is an extra payment on top of what they have agreed to pay for the property and I suspect nearly all will not realise that this sum will need to be taken into account in the calculation of the stamp duty payable.”

In the past IAMSold has vigorously defended the system, saying it reveals charges upfront to customer. It also says its annual customer survey showed an 87 per cent recommend rating from consumers and an average nine out of 10 in its annual service review by partner estate agents.

Warning over reservation fees in the Modern Method of Auction ...

A member of a prominent legal network is warning buyers and...

A consumer group which has already expressed alarm at some aspects...