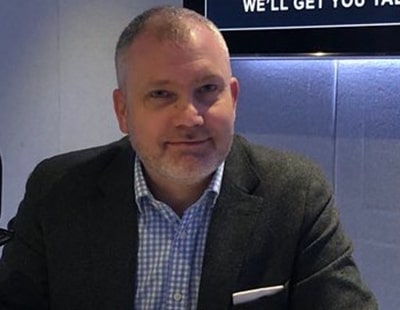 The founder and former chief executive of Emoov, Russell Quirk, is back in the headlines with a new but until now unpublicised online business venture.

The Mail on Sunday this weekend reported that Quirk had set up a comparison website - Conveyancer Comparison - with a former director of Emoov, Graham MacKim. However, the newspaper suggests it has hit a problem involving review service Trustpilot.

The Mail on Sunday says: “A series of five-star testimonials have been posted on the new website and on review site Trustpilot claiming to be from customers. But all seven reviews appear to carry the names of family or friends, including Quirk's wife Karolina.”

It continues: “The posts have since been removed by Trustpilot. The review site said it had issued a 'cease and desist' legal letter to the company, warning it not to post any more 'fabricated reviews' and to remove any links to Trustpilot on its website.”

The Mail on Sunday article cites Quirk as saying that the comparison site had not been launched, that the reviews displayed were test examples which would have been removed when the service had launched, and that in any case he had no day to day involvement in the site.

Trustpilot told the MoS that the reviews were against its policy because only operating businesses were allowed to host reviews.

Separately, Quirk told Estate Agent Today yesterday about the preparation for the launch of the site, saying: “Testing includes linking via Trustpilot to 'pipe' reviews from their website to ours via an API. To do this, there needs to be visible reviews on our dedicated Trustpilot page. The developers added just five temporary test reviews to the Trustpilot site last week to facilitate this. Legitimate email addresses were needed to be used as per Trustpilot’s process.”

Until now the comparison website appears to have been a closely guarded secret: it had been thought Quirk was involved only in a property-focussed public relations firm, Properganda, which he founded last year.

However, the website CompanyCheck suggests Conveyancer Comparison was incorporated on February 1 this year with Quirk and MacKim as the two directors.

Three weeks ago the Mail on Sunday carried a story alleging that debts incurred by Emoov during the time Quirk was chief executive - said by the paper to be up to £15m in the months leading up to the agency going into administration at the end of last year - had not been reported to investors who put around £2m into the company via the crowdfunding platform Crowdcube.

Quirk contested the accuracy of that story saying that, firstly, the debt was not as great as £15m and in any case at least some of debts were incurred after the crowdfunding exercise, making it impossible for investors to have been informed.

You can see the latest Mail on Sunday article here.

A survey of over 2,000 sellers who used online agency eMoov...