Hello and here we go with yet another Agents Do Charity, the weekly opportunity to herald the unsung efforts of our industry to help those in need.

This week we reveal an extra way of doing good work, by becoming an Agents Giving regional ambassador - more details below.

Before we go to that and the other wonderful good work, a reminder to let us know what you’re doing by emailing us on press@estateagenttoday.co.uk. Thank you!

Cancer Research UK: Hamptons International has brought a little of that Great British Bake Off magic to its Winchester branch as part of the brand’s ongoing campaign to raise funds for this great charity.

Branch star baker was Olivia for her Rainbow Cake, a prominent part of the bake sale; meanwhile today, March 8, the team will be out collecting for the charity on Winchester High Street. 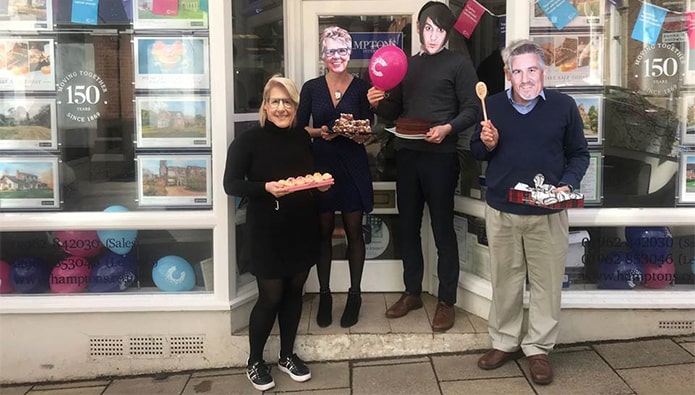 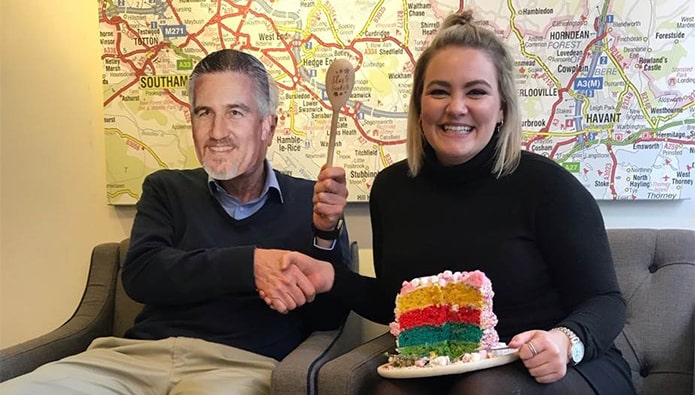 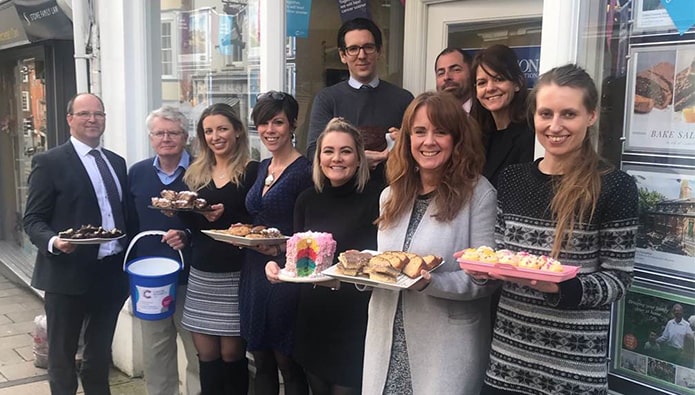 Meanwhile Hamptons’ Client Services department has raised £1,855 for the charity at a Quiz and Open Mic Night.

Tickets for the event sold out within 24 hours with over 75 people from Hamptons International, John D Wood, Greene & Co. and Urban Spaces attending.

There were three quiz rounds and a fantastic performance from ‘Agents Got Talent Winner 2018’ Olivia Snow, followed by Harry Springthorpe singing ‘Hey Jude’ and ‘That’s Entertainment’. Both acts were ably supported by Hamptons International head of country sales, Peter Everett who played the guitar.

Congratulations go to the winning team ‘Nobody Expects The Standon Quizition’ who got 56/60 questions right, which is an incredible score!

This year marks Hamptons’ 150th birthday and as part of the celebrations the company has pledged to raise £150,000 for CRUK. Bravo!

Agents Giving is looking to recruit Regional Ambassadors around the UK as part of a drive to share great working practices and help agents raise even more money for their chosen charities and community projects.

You could be the Agents Giving charity representative for your area by investing a small amount of time to share the charities fundraising newsletters and events. You will help by supporting and promoting the great work that Agents Giving do providing support for agents around the country via your business network.

Consider giving something back by taking a place on the new Agents Giving Regional Ambassadors scheme.

It’s open to all agents and suppliers to the industry who are great at everything charity and fundraising who really want to make a difference and help create some fantastic PR stories around the great work you all do so well.

Agents Giving will provide you with all their fundraising news, initiatives and events for you to share with your network and in return for your involvement you and your company will receive support and promotion from Agents Giving.

Limited places available, volunteer today by contacting the team to find out more and apply for one of these highly rewarding positions.  Successful candidates will be required to attend a meet and greet session with Agents Giving in London for a full briefing.

Doddie Foundation: Inspired by Doddie Weir’s courage and vision, Purplebricks is helping the foundation fund vital research into the causes and potential cures of Motor Neurone Disease. Purplebricks will be raising awareness of the My Name’5 Doddie Foundation by displaying specially designed Sold boards - featuring Doddie’s tartan – on all sold properties in Scotland for the rest of 2019.

The My Name’5 Doddie Foundation was set up in November 2017 by Doddie and his fellow trustees, five months after he revealed he was suffering from Motor Neurone Disease himself. Doddie earned 61 caps for Scotland during a successful playing career and represented The British & Irish Lions on their victorious 1997 tour to South Africa. From the outset of his diagnosis, Doddie has been driven to help fellow sufferers and seek ways to further research into this, as yet, incurable disease.

In its first year, the Foundation committed £1 million to help find a cure and to support those affected by MND. They have recently shared details of a further £1.4 million of investment into research projects.

Michael Bruce, founder and global CEO of Purplebricks, says: "Doddie’s frank and honest approach, vitality and courage is an inspiration for us all. We’ve been supporting Scottish Rugby since the Autumn Internationals and, when we heard about the My Name’5 Doddie Foundation, we wanted to get involved. We’re the largest estate agent in Scotland - and sell more houses, more quickly than any one else - so what better way to help than using our Sold signs to promote Doddie’s foundation and donating every time we sell.”

The Donna Louise Hospice: SDL Surveying, part of Nottinghamshire-based property services company SDL Group, has hosted an 007-themed charity ball which raised over £12,000 for the hospice.

The glamorous black-tie event held at a local venue, The Carriage Hall, was the perfect setting for an action-packed night of entertainment, reception drinks and dinner.

The headline feature of the event was its charity auction, led by SDL Auctions’ managing director and auctioneer, Andrew Parker. The charity lots auctioned included; two tickets to the Henley Regatta, a themed helicopter ride and four tickets to a rugby league game.

The evening was rounded off with a live band and a casino, with guests using ‘funny money’ in a bid to win a new iPad, which had been donated for the event.

SDL Surveying’s chief operating officer Simon Jackson says: ”The night provided a platform for our chosen charity, The Donna Louise, to shine and raise more money for the fantastic work that they do for children and young adults with life-limiting conditions and their families.”

Great Western Air Ambulance: Finally this week, great news from Neil Urch at House Fox estate agency in the Portishead area near Bristol. His firm staged a fund-raising evening for the ambulance, raising a brilliant £1,200. Some 90 people attended and the top auction prize was a weekend break at Donniford Bay Holiday Park.

Well done to all concerned - the pictures suggest it was a great evening! 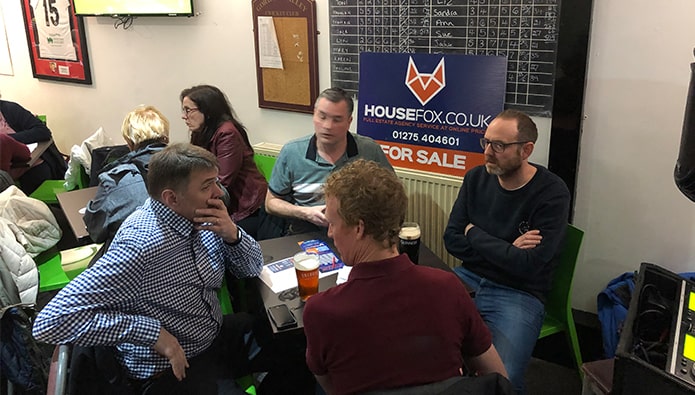 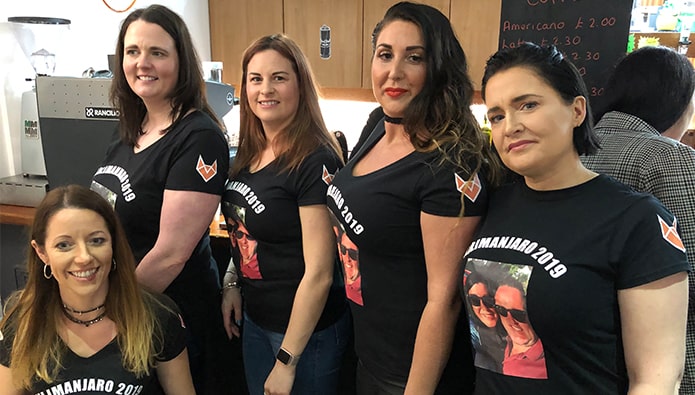 Agents Do Charity - wining, dining, dressing up and cleaning the mud off... ...

Hello - it’s that time of the week again when we...

Agents Do Charity - a constant source of pride in the industry… ...

The trade headlines may be dominated by a revolution proposed for...

We’re back with the first edition of Agents Do Charity for...