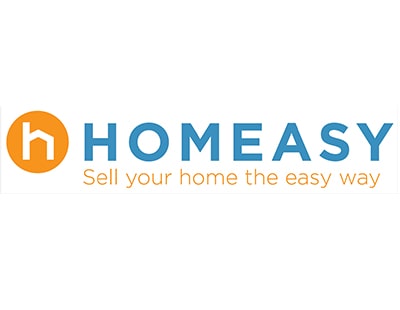 The two men behind a low-profile hybrid estate agency say their company is flourishing after two years in business, during which they suffered attempts to sabotage their activities.

Nathan Pearson and Ken Davies set up Homeasy in the north of England in 2016 and admit their company has been growing “under the radar” and is now looking for new associates acting as freelance estate agents.

However, it has faced some unusual difficulties.

The founders told Estate Agent Today they suffered a fake and malicious online review before they even had their first customer, had For Sale boards torn down or defaced, and suffered threatening telephone calls and a threat on social media.

Despite the opposition, the founders - who admit to having had “zero experience” of estate agency when they set up Homeasy over two years ago - now claim to have 17 “hyper-local” branches with self-employed associates, to have sold over £20m of property and to have received a string of five-star online reviews.

Homeasy has its headquarters in Chester and says that although it started as a fixed fee low budget operator it now charges rates similar to High Street agencies.

Its website says customers can pay an upfront fixed fee of £495 or a no-sale/no-fee model based on 0.5 per cent commission upon the completion of a successful sale. What the agency calls “optional extras” - a virtual tour and accompanied viewings - come at £295 extra each.

Homeasy claims it has been so popular with new agents wanting to join, it’s had to turn people away - although now it wants to expand further.

A statement to Estate Agent Today by the agency last evening said: “The model they have created is growing so fast, that they have had to slow down the rate of new associates signing up to join the team as they raise investment to introduce territory managers and more office staff.”

The statement goes on to say that the model will now be spreading outside the agency’s original core area, “an identical scheme to each of their new associates who now cover singular postcodes in Liverpool, Manchester, North Wales, Isle of Mann, London, Warrington, Helsby, Frodsham and Knutsford.”

Each associate pays a joining fee of £399 and “receives their own individualised marketing assets” - associates receive 30 per cent of all revenue they generate within the business.

“Most associates work their growth alongside existing day jobs or businesses until they have built enough referrals that they can then work full-time or re-sell their territory” says the company.

Northwood has hoovered up Humphreys of Chester, which it describes as...