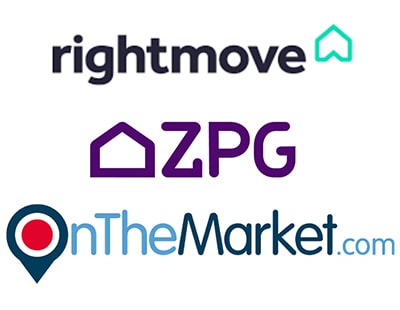 One of the world’s leading digital analysts has given his latest verdict on the UK portal market and offers a major warning: “Trying to launch a new portal and compete against the leaders is at best expensive, and at worst futile.”

Mike DelPrete - former head of strategy at the portal Trade Me in New Zealand and now a respected international real estate consultant - says the recent release of traffic figures by Rightmove, Zoopla and OnTheMarket shows that, in his words, “nothing has changed.”

Since the New Year, Rightmove has claimed around 140m visits in January; Zoopla has claimed 58m; OnTheMarket, using Google Analytics, says it hit some 23.5m.

In a market analysis sent to subscribers, DelPrete dismisses such recent numbers as “generally rubbish” but insists “it's the comparison between portals and the year-on-year growth that's insightful.”

So DelPrete says Rightmove's numbers “have hardly changed” while the gap between the number one and two [Rightmove and Zoopla] is “still the same”.

He insists that in the past 12 months, “for all the investment on product, marketing, and inventory the all important consumer habits haven't shifted.”

DelPrete acknowledges that what he calls “the upstart portal OnTheMarket” has raised over £30m and has significantly boosted marketing spend to drive traffic, which has doubled since last year. But he then asks whether such a spend is worth it?

“For all of the tens-of-millions of pounds spent to build an alternative to the established portals, what impact is it having after launching four years ago? Zoopla's traffic is marginally down, but it reports that leads are up over 30 percent. The top two portals are equally and exactly as dominant as they were a year ago” he concludes.

He insists that: “The evidence doesn't suggest that the #2 portal [Zoopla] can overtake the leader [Rightmove] let alone make a dent in its leadership position. It's not a horse race; it's static trench warfare. Trying to launch a new portal and compete against the leaders is at best expensive, and at worst futile. Consumer habits are hard to change.”

In separate news, Carter Jonas says 10 of its 33 branches are returning to advertise on Zoopla. It will continue to advertise also on Rightmove and OnTheMarket.

Zoopla will now feature Carter Jonas’ 450-plus properties across branches located in the London Boroughs of Kensington & Chelsea; Richmond; Wandsworth and Westminster, as well as two in Cambridge.

Lisa Simon, the new head of residential at Carter Jonas, says: “Zoopla and PrimeLocation offer a well-established route to a very valuable home seeking audience and we feel it is the right time for us to reintroduce it to our clients.”

Poll: Can any portal dislodge Rightmove and Zoopla

One of the world’s leading property technology experts, who at one...