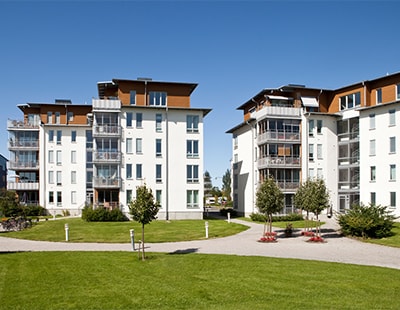 The average prices of flats and maisonettes bucked the trend by falling very slightly in the year to December, according to official figures.

The drop - just 0.4 per cent - was specific to apartments, while prices of each other property type rose in the same period according to the Office for National Statistics.

The price dip coincides with a raft of tax and regulation changes widely seen as being a disincentive to buy to let investors, who have traditionally been amongst the biggest buyers of smaller housing units.

Likewise in recent years, first time buyers - also keen purchasers of flats - have been delaying their purchases because of high deposits.

It is thought these factors may have contributed to reduced demand for flats and maisonettes and prices reducing.

The ONS says the typical cost of a flat or maisonette was £226,247 in December; this was a fall of £883 compared with a year earlier.

The price of semi-detached homes rose by 3.3 per cent, the fastest growing property type in England; detached homes were up 3.1 per cent and terraced houses up 2.5 per cent.

Poll: Have you noticed fewer buy to let purchases of flats?

“No market” for some prime London flats without outside space ...