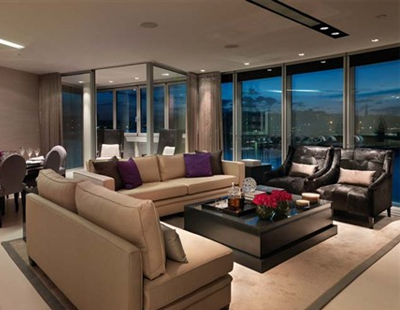 If anyone thought Brexit may allow domestic buyers a bigger share of the market, think again: no fewer than 57 per cent of homes purchased in prime central London in the second half of 2018 were snapped up by foreign buyers - the highest level since 2012.

Foreign purchasers also accounted for 36 per cent of all homes in Greater London as a whole in the second half of last year.

The data comes from Countrywide’s high-end brand Hamptons International which says that the single biggest group of foreign purchasers came from the EU - these countries accounted 19 per cent of all the homes in prime central London bought in the second half of last year, compared to just 10 per cent in the same period of 2017.

The attraction, it appears, is the cheap pound as a result of depreciation since the EU Referendum in June 2016.

“Sterling’s weakness, making it cheaper for many international buyers, seems to be outweighing Brexit uncertainty when it comes to foreign buyers making a decision on where to buy a home” explains Aneisha Beveridge, head of research at Hamptons International.

“A property that would have cost an EU buyer £1million in the first half of 2016 effectively cost £124,000 less in the second half of 2018 due to Sterling’s depreciation.”

Meanwhile in the much larger Greater London area the proportion of homes bought by an international buyer also rose to the highest level in six years.

This proportion is 15 per cent higher than in H2 2015 (pre-referendum) when 21 per cent of homes were purchased by an international buyer.

This pickup, as in central London, was down to an increase in EU buyers in Greater London.

A trade association of agents selling properties overseas has launched a...

Uncertainty will be a key characteristic of the housing market for...