Few can deny that with announcements from MPs and an announcement from Purplebricks, that it’s been an extraordinary week.

While it may be all-change in some places, what continues day-in and day-out is the great work done by our industry to raise funds for good causes.

On behalf of everyone, thank you for your fantastic activities.

Let us share these with the industry by dropping us a line at press@estateagenttoday.co.uk and we’ll do the rest.

Now, what have we this week?

The firm’s ‘Mannings for Macmillan’ campaign saw its employees from branches across the city organising and taking part in a variety of activities to raise the money.

The cheque for £20,000 was presented to Macmillan’s area fundraising manager, Matt Jameson, by Kate Arnold, head of marketing at Manning Stainton. 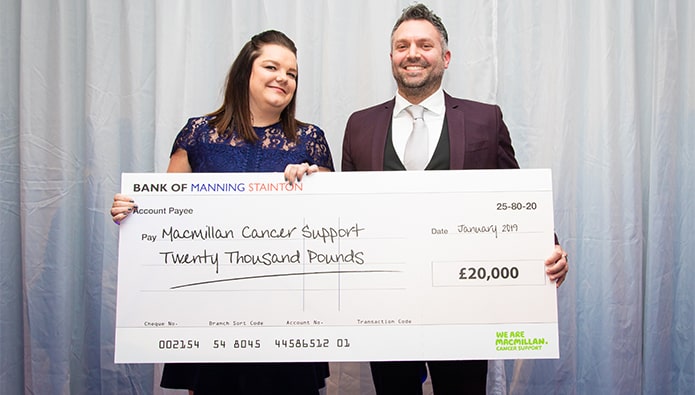 Matt says: “This is a significant amount of money and we’d like to say a huge thank you to everyone at Manning Stainton who has contributed to raising it. All the money raised will go towards funding a Macmillan nurse who will provide much needed care and support to local cancer patients and their families.”

And Kate adds: “I’m really proud of all my colleagues who have worked so tirelessly to raise this money for a brilliant charity that’s so close to many of our hearts. From holding car boot sales, hosting coffee mornings and spending Saturdays collecting money in the city centre, everyone’s worked really hard to make as much money as possible for Macmillan. Well done!”

Well done from everyone at Estate Agent Today, too.

WeMindTheGap: This is the charity borne out of Moneypenny, the answering service used by many agents.

It has received £1.1m from The National Lottery Community Fund (formerly Big Lottery), to increase opportunities for disadvantaged women.

The charity model is a six-month paid traineeship, followed by a further six months of support, as former trainees use their new skills to gain employment, education and a better life in general. The charity aims to help underprivileged young women transition from “prisoners of circumstance” to “pilots of their own lives”. 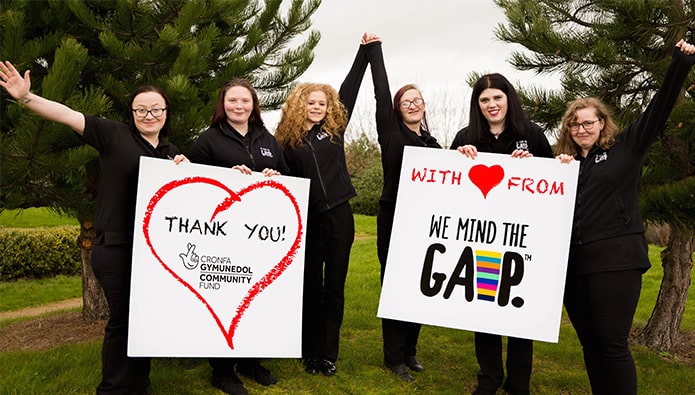 This grant means that the charity can now grow its core team to set up 16 traineeships in different cities across the country. By 2023, the charity will provide six months’ employment for 160 trainees in 16 different communities, sustain continued support for over 450 graduate trainees as they make their way in the world and work with over 140 local employers.

Fine & Country Foundation: Emma Preston, a friend of the foundation, and Clint Nykamp from Fine & Country West Midlands, crossed the marathon finish line for the penultimate time earlier this month.

The pair have travelled across the country, trained, stretched, ached and raced for 11 months. This month they ventured to Kidderminster, Worcestershire for the Seven Deadly Sins marathon gala.

Emma and Clint will travel to Walton-on-Thames in Surrey for the final race in the year-long challenge on Saturday March 2. To mark the occasion, the pair will start and finish the race together.

Emma Preston says: “I can’t believe that Race 11 is finished and we only have one final marathon left. In a few weeks we will have finally completed our 12 Marathons Challenge. I won’t know what to do with my weekends!” 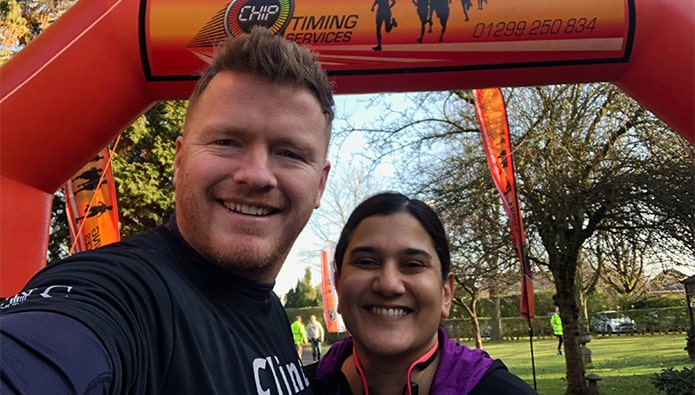 So far, Emma and Clint have raised over £7,000. They have each chosen one homeless charity to receive £3,000 in The Fine & Country Foundation’s spring grant programme. Their target is to reach £9,000 to provide another homeless charity with funding.

To help them reach their target, please give generously at www.justgiving.com/companyteams/12FandCMarathons.

Dementia UK: Mortgage technology expert Mortgage Brain is continuing to recognise the loyalty of its customers as part of a month long ‘Love Your Customer’ campaign.

Throughout February, Mortgage Brain has been selecting unsuspecting customers to receive a small token of appreciation in the form of a chocolate heart inscribed with the words, ‘Love from Mortgage Brain.’

Those on the receiving end of the small gift are customers whose custom will range from just a few months to many years and are both DAs and ARs. They have been selected based on the number of years, months and days aligned to a particular date in February.

Mortgage Brain has already been celebrating extraordinary loyalty from its customers by running a charity guess competition that encouraged anyone in the industry to guess in years, months and days, the longest individual relationship that an Adviser has had with the company.

For every entry, Mortgage Brain made a donation to either Dementia UK, Steel Warriors (a charity tackling knife-crime), Mortgage Sleep Out or the NSPCC, depending on the entrant’s choice. In total the number of guesses raised £1,200, which will be split amongst the good causes.

Going the extra mile for customers is the theme of the second prize draw, which is now being run until the end of the month.

Advisers are now being asked to share one example of the many times that they have gone the extra mile for their customers. Each entry is entered into a prize draw for £50 worth of Amazon vouchers.

Lianne Kirkman, CEO of Helping Hands says: “One of the toughest things about being homeless is the uncertainty of where you will lay your head each night. Our clients experience fear and anxiety each night, made even worse during the cold and wet months of the year. We wanted to make our sleep out stand out against previous years and replicate this feeling for our participants.” 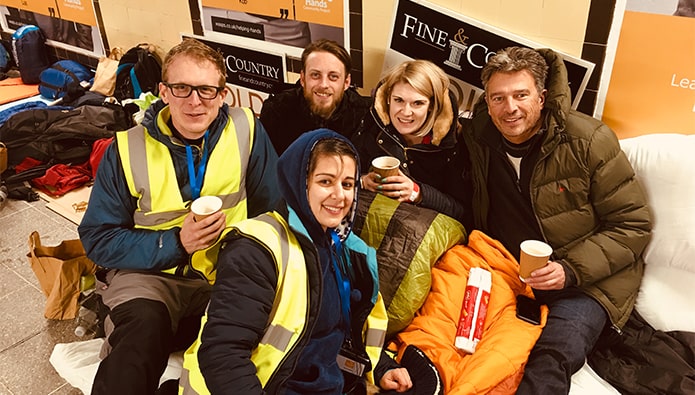 The participants were escorted from the Helping Hands soup kitchen by members from the Gaydon RAF base to an undisclosed location which was Leamington Spa train station. They were split into groups and placed on the platforms and tunnels.

As we end an especially tragic week, it is heart-warming to...

Agents Do Charity - Carlisle to Zimbabwe via Yorkshire and Brum ...

Hello and if it’s the end of the week it’s time...