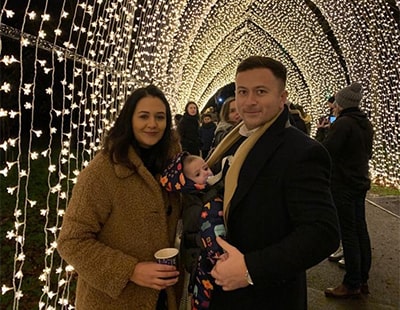 We’re nearing the end of another year in which many agents have faced challenging times and a frustrating market hit by uncertainty.

The decisive General Election result means that may be about to change in 2020 - and by way of inspiration we’re delighted to run the story of an agent who after 16 extremely successful years in the industry is now ‘going it alone’.

Sean Barrett has just launched the Fine & Country office in Richmond, covering Richmond itself plus Kew and Twickenham.

“I thought in a time where there is so much negativity about agents closing it might be a slightly more positive story for your readers” explains Sean - and he’s right.

Sean, 33, has been in the industry for 16 years and until recently spent almost a decade at Thorgills in west London, where he became lettings director.

He helped the company hit many milestones and won awards including a silver for the best letting agency in London at The Times & Sunday Times awards in 2016.

Overall he and his team collected 28 industry awards over six years.

“The reason behind my departure is relatively simple, I needed a new challenge. I’ve worked in agency since the age of 17 (16 years now) and in that time have spent most of my time operating in the Ealing, Chiswick and Brentford market which whilst it’s been very good to me, became a bit monotonous.

“During my time at Thorgills I was lucky enough to work with some incredible people. I feel that everything learned during my time there has provided me with a solid base to work from in my new venture and am excited to challenge myself outside my comfort zone.

“In July this year my daughter was born, our first child and it accelerated my thoughts of going alone.

“My confidence in the market remains intact and I feel that the Fine & Country brand is perfect for the Richmond, Kew and Twickenham area as it’s awash with luxury properties.

“We’ve only been in operation for a few weeks now and are still in the initial phase of set-up but already I feel re-invigorated and ready to deliver the Fine & Country difference to the clients of Richmond and surrounding areas.

“We will be offering both a sales and lettings service and have already taken instructions for sales which will be launched over the coming weeks to take advantage of peak activity on the portals.

“We’ve already seen that the clients in the area are very receptive to the Fine & Country brand and believe that our ability to offer maximum exposure utilising our network of over 300 branches worldwide along with our speciality in presenting the most luxurious properties in the world to a key audience will provide our clients with an offering that stands above the majority of agents out there.”

Sean is not alone - of course many other agents have similarly successful backgrounds and have gone on to run their own business.

But as 2019 ends and a new decade begins, this is one of the industry’s many inspirational stories - there may be more if there is now greater certainty in the market and the country.

Our thanks to Sean for sharing this ‘good news’ story with our readers: if you have a similar story, please let us know at press@estateagenttoday.co.uk.

Fifteen businesses which had bought freeh­olds from housing developer Countryside have...

Agents are being offered a theoretical £300,000 if they introduce a...