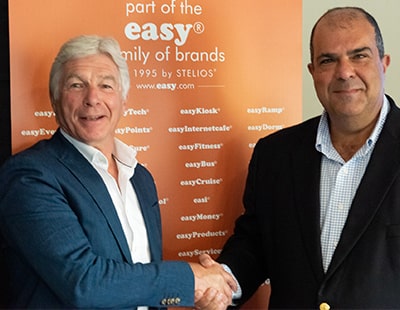 The relaunched easyProperty hybrid agency is to rely exclusively on local marketing to drive awareness and customers, and not follow the Purplebricks model of hugely expensive national advertising.

In an interview with Estate Agent Today, easyProperty’s new owner - David Brierley, who operates the Evolve property marketing business - says there is massive awareness of the easy brand in general thanks primarily to the enduring success of easyJet.

easyProperty is moving from a primarily online-only service under its previous ownerships to a hybrid model now, with local licence holders ‘on the ground’ acting like local property experts with centralised support.

But Brierley says the licence holders who will operate the relaunched service at local level will have to trade heavily on their own reputations as existing or past local agents to help build the brand in their licensed area or ’territory’.

“To be honest we’ve run a mile from that model. What we’re after is branch managers, negotiators and others who perhaps ran a small agency with a fairly weak brand but with property experience. They buy a licence for a territory of around 25,000 homes - usually they might buy two territories together, perhaps even three” he says.

“What we’re offering is a business-in-a-box. They offer their local expertise and their reputation locally, and we offer everything else centrally” he adds.

The easyProperty model will give agents access to a CRM system and the website (currently being rebuilt), plus centralised marketing expertise and a centre to handle calls. Brierley’s Evolve empire will be used to offer photograph, floor plans, viewings, EPCs, inventories and other services aimed at easyProperty licensees.

Instead of the national marketing seen for Purplebricks, Yopa and other online or hybrid agencies, there will be a greater reliance on Facebook and social media advertising in the licence holder’s own area.

Brierley - who with his wife bought the trading name and licence to use the easy brand from Sir Stelios Haji-Ioannou - says he is in touch with the easy brand founder at least once a month.

“He’s very engaged, very committed, very interested, very supportive. He says he wants to do for homeowners what he’s done for travellers and like me, Stelios is curious that the concept of hybrid agencies hasn’t clicked yet - but it will” insists Brierley.

An online agency called DoorStepAgents.com claims to have set up a...