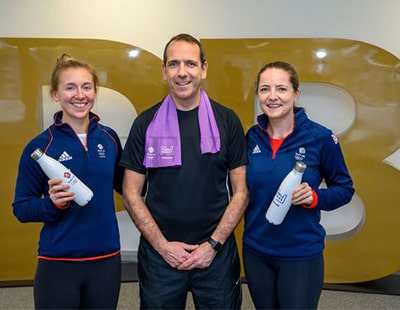 The claim is made via a passing reference in a statement about its sponsorship of Team GB at the 2020 Tokyo Olympics.

After explaining that the agency was changing Sold signs into special Team GB Gold ones, the statement claims: “With Purplebricks selling three-times more homes than the second placed agent, a touch of gold has been appearing all over Britain's streets.”

Previously the company has been reluctant to say how many, or what proportion, of its listed properties it actually succeeded in selling.

In early 2018 the financial consultancy Jefferies questioned a claim made at that time by Purplebricks that it sold more than three quarters of homes listed with it.

Jefferies said Purplebricks' sales success rate was just over 51 per cent - a figure vehemently denied by the agency.

The agency’s Olympics statement also does not clarify whether it regards the second largest agency as the Countrywide group or LSL Property Services, which by some measures is thought to be larger than Countrywide.

Estate Agent Today asked Purplebricks for clarification on all of these points; there has been no response.

In the statement Purplebricks’ UK chief executive Vic Darvey (pictured above) also refers to the agency as “proudly British” - even though it has a business in Canada and until recently was pouring resources into its failed US and Australian outlets, too.

The rest of the statement is given over to publicity about two Olympians visiting the agency’s Solihull headquarters.

Katherine Copeland, a gold medallist at the London 2012 Olympics in the women's lightweight double sculls, and Goldie Sayers, a bronze medallist in javelin at Beijing 2008 and three-time Olympian, led a number of activities for Purplebricks employees, including a smoothie bike challenge, yoga and HIIT exercise classes, as well as discussions on health, wellbeing, and high performance teams.

“The health and well-being of the workforce should always be at the heart of any successful company and Purplebricks certainly recognise that. Our TeamWorks proposition has been a great success since Team GB launched it in December last year and I'm really happy to join Goldie here today to spend time with Purplebricks to deliver this programme. We look forward to working together further in the build-up to the Tokyo 2020 Olympic Games” said Copeland.

And Vic Darvey added:“Purplebricks is a proudly British company so we are delighted to welcome Katherine and Goldie to our head office in Solihull. Throughout the day, they shared their experiences and passion for sport, fitness and high performance. It's a fantastic opportunity for Team PB to learn from Team GB by meeting athletes and taking part in a range of activities and focusing on achieving their personal bests.”

The agency also said it “will be mobilising the support of their own Team PB – both employees based in Solihull and the wider team of more than 600 local estate agents across the UK - with today's event kickstarting the initiatives.”

Purplebricks For Sale and To Let boards revamped for new campaign ...

Purplebricks has unveiled changes to its For Sale and To Let...

The advertising and sponsorship links between Purplebricks and Team GB have...

Purplebricks hires new PR agency ahead of next marketing onslaught ...

Purplebricks has hired another creating PR agency to work on its...