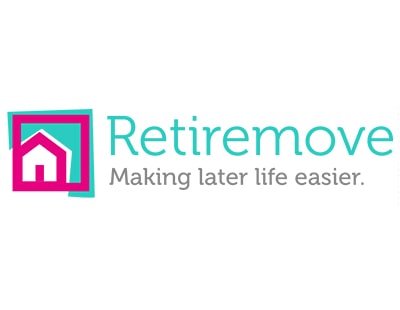 A new portal has been launched aiming to take on Rightmove, Zoopla and OnTheMarket in the retirement property sector - and it wants agents to list appropriate properties.

The Retiremove portal has just launched with its content editor - respected retirement specialist Jane Slade - explaining: “We feel the time is right particularly as many developers and operators feel they are not getting good value or exposure from the catch-all big boys such as Zoopla and OnTheMarket, and more players are coming into the marketplace.”

Slade, a former property editor at the Sunday Express, has told Estate Agent Today: “We are positioning ourselves as the only purely independent listing portal geared to this niche market. Our marketing strategy will be mainly online. Our traffic has soared since we launched the portal a couple of weeks ago without us doing very much – boosts on Twitter and LinkedIn. We will obviously be boosting our spend over the next 12 months and only take out ads in publications that target older people such as The Lady.”

The portal is for new-builds, resales and rentals of retirement properties, and includes also those appropriate properties under construction and seeking planning consent.

“We are listing entire developments and retirement villages rather than individual properties at the moment, although we are flexible in terms of resales and rentals” Slade has told EAT.

“In time we plan to make the portal more sophisticated by offering a drop-down list of inclusions so people can drill down their searches such as on-site care, restaurant, swimming pool/spa, gardens, cinema, gym. But for the moment we want to keep things simple and offer visitors as much choice as possible” she explains.

Currently developers and retirement scheme operators are enjoying 12 months free listings, and Slade says she would like to add agents too.

“We would be very keen to include estate agents as I know it can be difficult for them to shift resale and new-build retirement properties … I particularly see those agents in areas where there is a dense population of older people such as along the south coast and in market towns benefitting. And also agents selling apartment schemes and small new build-housing developments suitable to downsizers - that is, homes of three beds and under.”

In time, Retiremove may extend beyond age-restricted properties and developments.

“We want to widen the net and offer properties for downsizers as well as retirees. Many of the big developers are seeing older buyers moving into their apartment schemes as are many smaller ones. As long as the scheme has a lift and is secure that ticks the box for many older buyers. They are a very diverse bunch with different needs and expectations – just like younger buyers” Slade suggests.

Retiremove is currently working out what it calls “a simple, straightforward and transparent charging system” for when it charges market rates.

There will be no pay-per-clicks, commission or percentage fees per property sold; instead there is likely to be a flat monthly fee per development operating on three levels – under 50 properties, 50 to 100 units, and over 100. Each is likely to have a minimum listing duration.

The portal is also seeking to include agents in the current 12-month free listing offer and wants any firm interested to contact  jane.slade@retiremove.co.uk or neil.mackichan@retiremove.co.uk.

“We are so excited by the response we have had from developers and operators already, most of whom have supported us with their advertising since we launched the website six years ago. We have had lots of offers of financial backing too but feel that in order to maintain independence and control we will be progressing things at a more sure-footed and steadier pace” adds Slade.

You can see the new portal here.