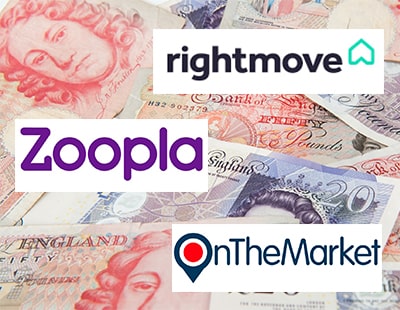 A survey conducted by Estate Agent Today suggests there is huge anger from agencies against Rightmove in particular for its fees.

On Friday we asked agents to give details of their comparative portal fees; some gave these explicitly in the comments section of our story while others sent confidential emails.

The range of costs was vast; this may have been because of their different packages and different locations. No corporates or large regional chains responded, so most of our feedback involved smaller independent agencies.

The highest charge any firm told us about was Rightmove levying over £10,500+VAT per month for a multi-agency office in southern England.

One single-agency office told us it paid an extraordinary £31,380.00 in portal costs per year.

What was clear from the survey - based on 30 agents who gave us details of their costs - was that the bulk of their anger is aimed firmly at Rightmove.

We agreed to keep agents’ responses anonymous if they wished, but all of these comments came from agents who revealed their identities and locations to EAT:

- “Rightmove staff are well-trained and present a compelling case - always - which we are now beginning to kick back against. The time isn’t far off when the majority of local agents will all drop RM in one fell swoop, which was always the long term plan when OTM was set up”;

- “Despite having disdain for Rightmove I don’t want to feel their wrath if they decide to make examples of some agents. Nothing would surprise me”;

- “Valuation leads: Rightmove useless, we only get ‘potential valuations’ for people who are already on the market with another agent usually outside of our area … Zoopla between four and six enquiries per month mostly from people who are ‘just curious’ and often quite hard to get back in touch with … OTM - one valuation once in a blue moon.”

Some agents made on the record comments below Friday's story, which in case you missed them included these:

- “In terms of sales leads, RM is better than OTM by about 30 per cent but certainly not five times bettie which is virtually what the price difference is. When you factor in that we get more rents leads from OTM than RM it certainly can’t…”;

- “I believe the days are numbered for portals, more and more people are turning to other methods to buy and sell their homes, we were working on an exit strategy anyway…”;

- “We get around the same level of enquiries whether it be people looking to buy, view or sell from Zoopla and Rightmove. Zoopla is far better value for money. Right move’s fee is totally unjustifiable…”;

- “All our letting leads came from OTM, level with RM on sales leads. However, when I asked RM what the cost of sales only would be they told me £1,500+VAT. [The agency paid £1,125 for sales and lettings when the firm left Rightmove in September].

Estate Agent Today has asked Rightmove if it wishes to comment on what would appear to be the industry’s growing anger at fees; this could be in the form of a response to this article or an interview. We will keep readers posted on how this develops.