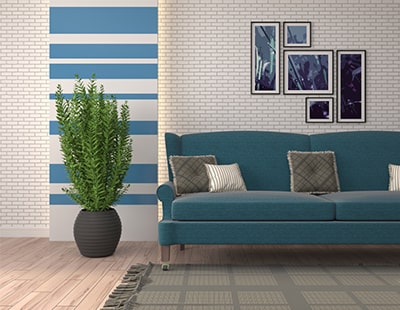 The number of prime residential housing transactions has increased rapidly in the past two decades and even in the past five years alone, despite a slump in the number of sales in the wider marketplace.

In 1999, there were 1,254 transactions for residential properties valued at £1m and above.

And for the ultra-rich, the number of transactions for residential properties valued at £5m or more increased at an even greater pace over the same period, up from just 22 to 323.

Some of this additional activity in the high-end market is down to inflation of course: £1m in 2018 was the equivalent of £587,414 in 1999 according to the Bank of England’s inflation calculator.

Even taking this into account, however, there has clearly been an upsurge in high end property deals.

Despite rumours of a prime market slowdown, over the past five years Private Finance’s analysis suggests an overall trend of growth, with increases in the number of £1m-plus transactions every year except 2018.

Transactions in the £5m-plus price bracket have been more volatile but have held above 320 for the past five years.

The top five most expensive areas in the UK have remained broadly unchanged, with Kensington and Chelsea retaining the top spot in both 1999 and 2019 – though average house prices for each area have undergone significant changes. In Kensington and Chelsea, for example, the average house price has risen from £309,698 to £1,295,861 – a percentage increase of 318 per cent.

Though the property market has become undoubtedly more expensive in the past 20 years, average mortgage rates have become far more affordable.

This makes the cost of servicing a prime property mortgage more manageable.

“Though activity in the housing market this year has been subdued, the prime market remains supported by years of consistent growth. Less activity is to be expected given the ongoing political and economic uncertainty affecting the country, which has impacted the number of prime transactions in the capital in particular” explains Simon Checkley, managing director of Private Finance.

“However, once Brexit has reached its conclusion, we anticipate a rush of pent-up demand as the spectre of uncertainty is at least somewhat removed.

“Recent price falls will make UK prime property an attractive prospect for overseas buyers, and domestic buyers will be looking to get their property plans back on track. Independent mortgage advice is vital for prime buyers who often have complex income structures and, with such high values of stake, could skim thousands of pounds off their monthly repayments by selecting a competitive deal.”

It's true: buying a home now is much MORE affordable than a decade ago ...

Monthly mortgage payments as a proportion of income have dropped to...

Shock figures out this morning show that a staggering £15.4 billion...

Most £1m-plus sales this year likely to take place outside Greater London ...

One in 30 homes are being downvalued by lenders - claim ...

Mortgage brokers have warned that an increase in downvaluations is starting...