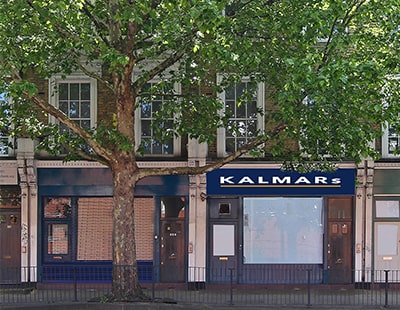 Independent family-run agency Kalmars, which currently has just one office in the capital, has revealed the first of four new branches it says it is opening over the next seven years.

The new office will open on Old Kent Road, now at the heart of a major regeneration area; it will complement the existing single-branch for the agency, at Shad Thames.

Over the next five to seven years the firm says it will expand to become a five-branch network across the southern half of the capital.

The new Old Kent Road unit will handle residential only and will be headed by Marc Faure, the agency’s head of new homes, and Sebastian Kalmar, its residential sales director.

The office at Shad Thames will continue to operate as the firm’s head office, led by managing director Richard Kalmar, and serve as the main base for the company’s commercial division. Locations being reviewed for the other three offices are key south London destinations.

Kalmars was established in 1967 by Michael Kalmar; in Richard Kalmar joined his father, Michael, who retired in 2003; then in 2012 Richard’s son, Sebastian Kalmar joined the business.

Over 52 years the agency has had premises at Chelsea and Blackfriars before concentrating on Shad Thames.

It says it typically handles deals for over £600m worth of sites, commercial and residential property per annum in the south London marketplace.

“With our sister offices on Shad Thames and Old Kent Road we are looking forward to continuing the work we have done to help improve the Old Kent Road area and will continue to take an integrated approach for the benefit of both of new and existing occupiers” says Richard Kalmar.

A London agency has opened its second office in the south...

New resi agency to be opened by commercial property specialist ...

A commercial property agency in London says it will open a...