It’s that time again, with the clocks going back an hour to mark the start of slightly brighter mornings and significantly darker late afternoons and evenings.

There are plenty of jokes on social media about many in Britain wanting to set their clocks back a few years rather than an hour, but we’ll settle for 60 minutes extra rest ahead of fund-raising for good causes so people can emulate the heroic efforts we report this week, many of which are about sleeping...

Everyone mentioned here contacted us on press@estateagenttoday.co.uk: if you kindly do the same, we’ll mention your great work next week. Until then, here we go…

Agents Giving Winter Coat Appeal: The industry’s own charity is repeating last winter’s hugely successful Winter Coat Appeal - then some 1,500 bags of unwanted coats were collected, and the hope is that winter 2019 will be even better.

Agents Giving charity chairman Michael Stoop says: “We always have a fantastic response with property agents and experts alike collecting coats for those in need. Most winter nights the temperature will drop below zero, and the vulnerable are in desperate need for insulation to keep warm, which is why we are continuing to push for agents to keep on collecting coats and donating now.” 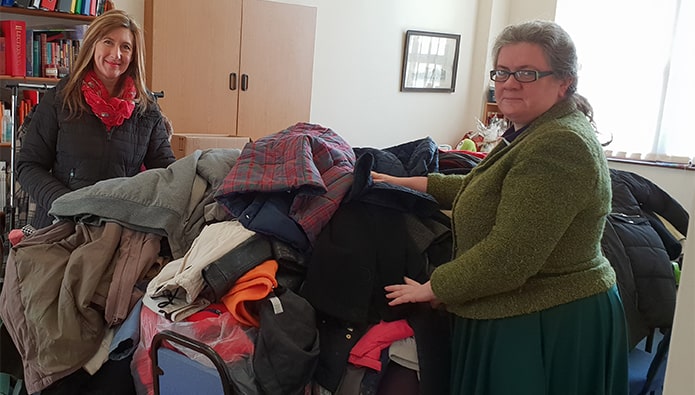 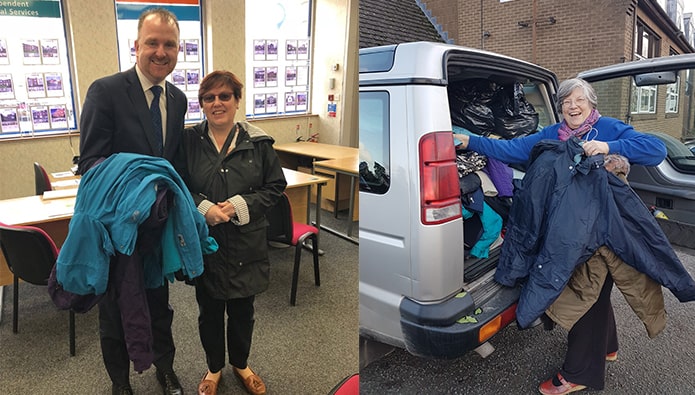 As part of the drive Agents Giving will be asking their supporters to send tweets and images of their collections, companies including LCA Jobs, Thomas Morris Estate Agents, Chestertons, Embrace Mortgage Services, Paramount, CJ Hole, PropertymarkUK, and RAN have all joined in, collecting coats for charities including, Calling London, Launchpad Reading, Wrap Up London, Trussell Trust Foodbanks and YMCA.

Centrepoint: There are plenty of property people taking part in November 21’s sleeping event, but we’ve been contacted to highlight the efforts of Jennifer Markham, managing director of The Letting Partnership.

In 2017/18 more than 103,000 young people asked their local council for help because they were homeless or at risk of homelessness. Centrepoint offers practical on-the-ground support to homeless people aged 16 to 25, focusing on providing a safe place to stay and the building blocks for an independent life.

The charity aims to eradicate grassroots homelessness and for fifteen years, Sleep Outs have been bringing people together to support this cause and raise vital money to fund their work.

Jennifer is already passing her original £400 fund-raising target and now she’s after £800 - sounds good to us! Please feel free to donate generously here.

Centrepoint (again): More than 100 Propertymark NAEA and ARLA agents are sleeping out at the same event, to raise funds in aid of homelessness - and they’re after a remarkable £40,000 total.

Propertymark is organising agents to take part in a giant charity sleep out event at London’s Queen Elizabeth Olympic Park on November 21, with funding support from the organisation’s charitable arm, Arbon Trust.

The dedicated team are aiming to raise £40,000 for the charity Centrepoint to support homeless young people in the UK and have over 100 agents taking part in the event.

NAEA president Lauren Scott is taking part and says: “I’ve learned a lot about the work that Centrepoint does and there are so many reasons that people find themselves without the basic stability and comfort that the rest of us take for granted. This is a fantastic opportunity for estate agents to come together and I encourage as many of our members as possible to take this step to change the lives of individual young people who are desperately in need of help and guidance.”

And ARLA president Phil Keddie - also taking part in the event, comments: “In these uncertain times, it can be very easy to overlook the homeless and take the basic amenities we have for granted. Centrepoint is working to change this by helping the young and vulnerable and giving them the protection and help they need to have another chance. This is an opportunity for the industry to give something back, to a part of society that has become lost and desperately needs our help.”

To join the NAEA Propertymark and ARLA Propertymark Presidents, as well as a committed team of agents sleeping out in aid of this charity, please  contact sarahdavies@propertymark.co.uk. To show support for the agents, donations can be made via Propertymark’s JustGiving campaign page.

Ella’s: Those nice people at PropTech firm mio have been in touch to tell us about fund-raising lunches for Ella’s, a charity which provides independent long-term aftercare for women who have experienced abuse through trafficking and sexual exploitation.

A recent Women in Residential Property lunch raised over £700 for the charity, which can now furnish and equip a second safe house which recently opened.

WIRP will exclusively support Ella’s through to October 2020 and hopes to raise over £5,000 for the charity in the next year.

Founded in 2017 by mio’s managing director Emma Vigus, WIRP organises informal networking events for women with the aim of encouraging collaboration across the residential property industry.

The recent event - with Katrine Sporle, The Property Ombudsman as guest speaker - attracted over 50 women from across the surveying, agency, conveyancing, insurance and lending industries.

That’s it for this week…if you’re doing any fund-raising, get in touch with EAT and we’ll help by publicising your fine work.

Hello - we hope you had as good an Easter as...

A working party of NAEA Propertymark is to conduct a pilot...

Every week we remain in awe of the charity fund-raising undertaken...