It may only be October 4, but temperatures have already started to drop this week as preparations for winter begin.

As we know, nothing will stop property professionals from going over and above in the name of good causes.

If you're taking part in some fundraising let us know on press@estateagenttoday.co.uk and we could be promoting your good deeds on this very page over the next few weeks.

Hats off to this week's property heroes...

More than 17,000 people played the Naomi House & Jacksplace lottery over Christmas in 2018, so the charity is hoping that the chance of winning a brand-new car will encourage even more people to enter.

Naomi House & Jacksplace are hospices based in Winchester for children and young adults from across central southern England with life limiting illnesses. 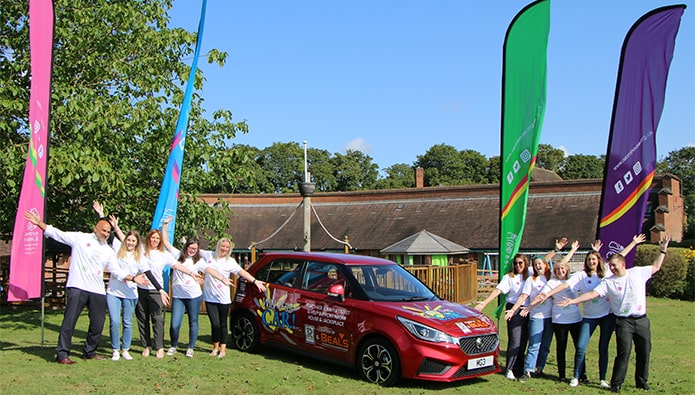 John McGilveray, marketing manager at Beal's, says: "The car has visited a number of different locations in the local area over the last couple of months where along with Richmond [Motor Group], we’ve been selling raffle tickets."

"These include our offices, events, Naomi House shops and shopping centres. It’s great that this year tickets can now be bought online as well as in person, which makes it a lot easier for people to enter the draw."

"The car is there to be won, so don’t miss your chance - buy your tickets online today,” he says. You can see more information here.

Help Bristol's Homeless: The North Somerset branch of high-end agency Fine & Country has donated £3,000 to help the homeless in Bristol.

The charity has been converting shipping containers into micro-flats. Homeless people are referred and interviewed before being allowed to live in the flats for up to one year.

Having a permanent address, as well as being warm, fed and watered, makes it easier for the people the charity helps to get a job and reintegrate with society. 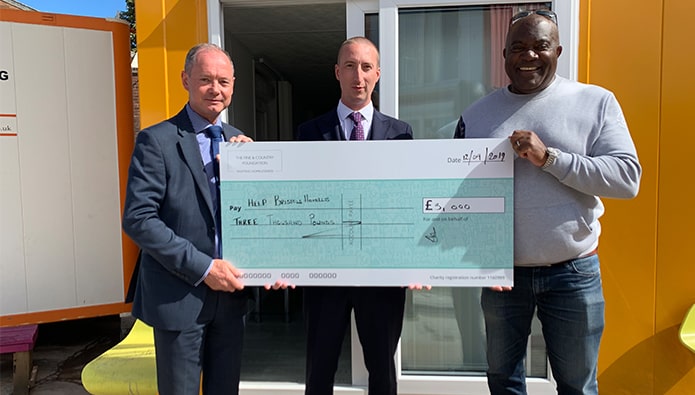 "There’s a tainted perception of the homeless. Yes, some don’t want to be helped, some are just not ready to be helped and others may have had many chances."

"But there’s plenty who want a normal life and just need a helping hand, a stepping stone to get back on the straight and narrow, and that’s what this charity is about," he says.

Helping Hands: More brilliant work from Fine & Country agents as Clint Nykamp and Jonathan Handford, who both work for the agency in the West Midlands, have recently completed a coast-to-coast challenge along the length of Hadrian's Wall.

The gruelling challenge, which totalled 90 miles, is the equivalent of three ultra-marathons. 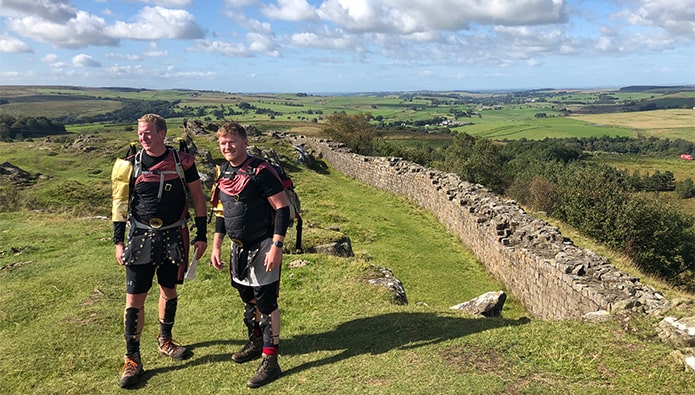 So far, the pair have raised over £1,800, which will be used to support their local homeless charity Helping Hands. With the funds already raised by the Fine & Country Foundation, the charity has already purchased a soup bus, opened a drop-in centre and created a support network.

"Assisting with the fight against homelessness is close to our hearts and we are happy to be doing our part in making people’s lives a little more comfortable where possible," says Nykamp.

You can donate to the pair's JustGiving pages here and here.

Agents Giving: The industry charity's Love Mud Challenge is returning for its third year in 2020.

The event will take place in Brentwood, Essex on Sunday 17 May next year and you can sign up already.

This year’s winners Eurolink exceeded their own expectations around the course with a winning time of 2 hours 15 minutes, closely followed by Thomas Morris Estate Agents and Drivers & Norris.

The challenge is a 7km gritty and very muddy obstacle race to test all levels of fitness so everyone can take part.

"This highly competitive muddy challenge is set to return next year to test the industry once more," says Michael Stoop, Agents Giving chairman.

"This year the teams from the property world went head to head tackling the challenging obstacles and triumphed."

You can find out more information here.

NSPCC: A team of agents from national agency Connells recently took on the annual MK Autumn Run at the Milton Keynes Bowl.

They were raising money for the firm's chosen charity, the National Society for the Prevention of Cruelty to Children (NSPCC).

The event was a great success and saw individuals from across the business come together to take on the Family Fun Run, 10k and half marathon. 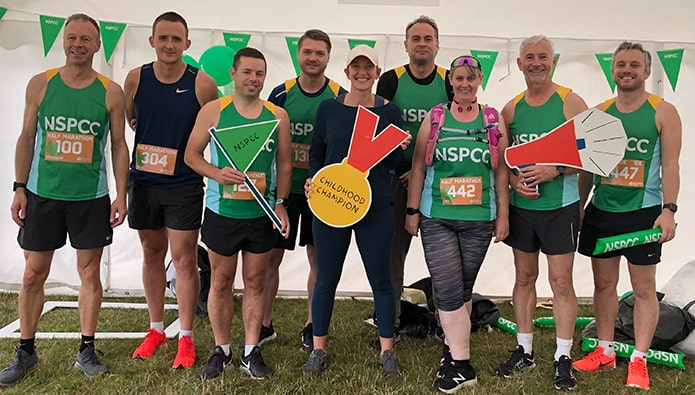 "Connells has been partnered with the NSPCC for over 16 years now, and we love to find new and fun ways to support them and the fantastic work that they do,” says Stewart Caldwell-Smith, area partner for Connells in Milton Keynes and Northampton.

"Many colleagues taking on the challenge were facing their first ever 10k’s and half marathons, and I would like to say a huge well done to all those that took part and gave it their all for the cause, as well as a big thank you to all that sponsored us."

You can sponsor the Connells team here.