‚ÄúWhat I hate about corporate agencies‚Äù - hybrid chief tells all 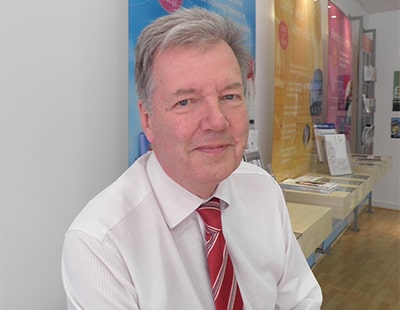 Michael O’Flaherty, an area director at the Connells Group and at one time a resident property expert on a popular TV show, has died.

Michael was area director for Roger Platt estate agency in Maidenhead, part of Connells Group, and worked for the business for over 45 years.

He enjoyed a long and colourful career which included a stint as the resident estate agent on Carol Vorderman’s TV makeover show Better Homes, appearances on the GMTV sofa alongside a string of big stars, and he was a regular property pundit for BBC Radio Berkshire.

In his private life he was an avid fan of Bruce Springsteen - amazingly, Michael saw him live in concert over 100 times - and he was renowned for his vast experience in the agency business, his wicked sense of humour and his enthusiasm for his work.

A statement from Connells says: “Michael will be dearly missed, not just by those within the Roger Platt Maidenhead office who were very much deemed Michael’s extended family, but also by those colleagues across the wider Connells Group business.  He was highly respected by everyone and we have lost one of our most charismatic characters and one of the best estate agents we have had the privilege of working with. We are so grateful for Michael’s contribution to our business.”

Estate Agent Today sends its condolences to his wife Jacqui, children Calum and Mollie and the rest of his family.

Vandals are reported to have smashed the windows of an estate...

Purplebricks now in profit and gets ¬£1,000 per instruction ...

Purplebricks says it is receiving an average revenue per customer of...