The seemingly-endless debate surrounding Brexit may be punishing for estate agents in London in particular but one, at least, is making a virtue out of the battle to get a way forward.

Marsh & Parsons, the London high-end brand of LSL Property Services, has turned the issue to its advantage.

The agency has resisted the temptation to show Theresa May on a site ripe for building (presumably because she has enough plots to cope with as it is), and is choosing not to show her next to scaffolding propping up the rear of a house (technically, a backstop).

Instead, the agency has taken billboard and underground sites to show a photograph of a serene looking Prime Minister with the words: ‘Semi-detached, awaiting planning permission.”

You can see it below. Clever stuff; well done Marsh & Parsons. 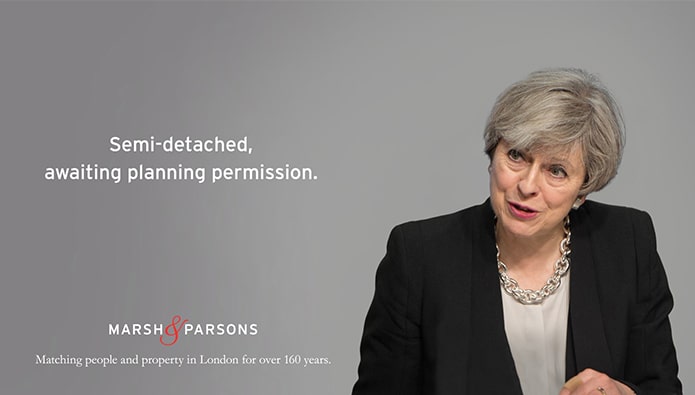 One of the most high profile estate agencies in the Republic...

Marsh & Parsons is the latest agency to show a price...