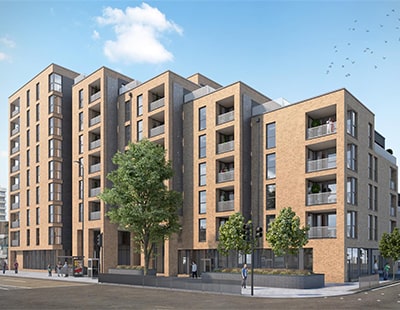 Benjamin Stevens has won the contract to act as the sole agency for all five phases of Metropolitan Thames Valley’s new scheme at Alperton, north west London.

It was not won via the usual channels of contacting the developers by phone, email or requesting a face to face meeting.

Instead, the developers contacted the agency having seen its social media marketing campaign.

They specifically asked to speak to the ‘Wembley Hub’ team after seeing its Facebook Group promotions.

Benjamin Stevens announced in September that its first hub would cover the Wembley and Harrow area.

The firm has focussed on social media through creating content publicising the local area, offering advice, and raising the profile of the Benjamin Stevens brand in this area.

Off the back of this marketing campaign, Metropolitan Thames Valley got in contact and asked the Benjamin Stevens team to present why they would be the right company to take on the sole agency agreement.

The new build scheme is for 51 private sale flats. The whole project is due to be completed by April.

Benjamin Stevens plans to roll out a number of hubs, possibly nationwide: they could cover a radius of up to 20 miles depending on population and market conditions.