Agency branches each waiting on ¬£105,000 fees on average 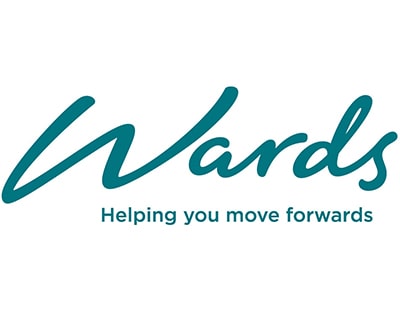 Part of the Arun Estates Group has rebranded - by dropping the ‘& Partners’ element of its name.

The agency formerly known as Ward & Partners - Kent’s largest independent agency - has been shortened to just Wards after a century trading with its former title.

The new name will take centre stage in the rebranding in the shape of a subtle new, signature-style logo.

The rebrand is the culmination of 12 months’ detailed work with market researchers, brand consultants and graphic designers.

The fascias of all 42 Wards’ offices across the county are being changed in a rolling programme over the coming weeks.

Office interiors are also being changed “with both décor and furnishings designed to create an atmosphere of comfort and understated quality” according to a statement from the firm.

Meanwhile, to underline Wards’ historic links with the county, the firm’s new boards feature a choice of four designs, each representing a different aspect of Kent life.

One depicts oast houses, another the famous white cliffs, the third an estuary scene and the fourth a typical village/townscape. Vendors and landlords alike will be able to choose their favourite design.

There is even a “Wards brand sound” has even been composed, which will feature in a range of applications, both online and in broadcast media.

“Wards operates in a very congested area of the market, in which differentiation is the key to building market share. Last year, we announced our determination to achieve that differentiation by clearly positioning ourselves as a premium agent, delivering superior service in return for enhanced fee levels” explains group managing director David Lench.

“This rebrand is a key element in communicating that message to our target audiences.”

The launch of the new brand is being promoted across Kent with a publicity campaign including press advertising, a new TV on Meridian ITV and Sky, and full-size ads on the back of local buses.

Two agencies are looking to the future with optimism, and striking...