Fenwick, whose departure from Reapit was announced back in July but who was formally employed by the firm until Friday of last week, has told Estate Agent Today that his new venture is to fill what he sees is a gap in the agency consultancy market. 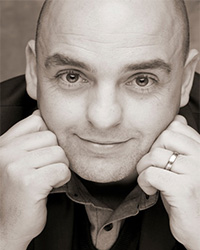 “There are quite a few PropTech consultants but many are on retainers or commissions or have links with suppliers. There’s nothing wrong with that but my selling point is that I’m completely independent of any supplier” he says.

“Another advantage is the scale of my experience within the industry, but in agency and technology” adds Fenwick, who started out as a trainee negotiator at Halifax Property Services in 1994, moving to become a branch manager for Your Move in 2000 and a short spell in the high-end Surrey market with agency Ibbett Mosely.

He moved into technology with Vebra, dealing mostly with smaller agencies, and then from 2009 until this summer he was with Reapit as the company’s first sales manager with a central role in the growth programme that saw its staff structure develop from 25 to over 200.

“I see my role now as a consultant that’s on the side of the agent, and trying to sort out the best products and services from all the noise in the PropTech marketplace. If an agency makes a bad decision in terms of investment, it could cost thousands in money terms but also take years to undo” Fenwick says.

“Many of the corporates have large in-house teams so even if they do make a poor decision in terms of a PropTech product they can move on - that’s not the case for smaller agencies and independents.”

Fenwick says his approach will be to get the basics right. Agents need to know more about lead generation and the importance of first-stage CRM - getting back quickly to leads once they’ve approached the agency to begin with.

“Auto-responders are not going to break the bank for an agent and are exactly what the public wants in an age of Amazon and Uber” he insists.

“Simple things like linking leads with a database and digital marketing. These are the basics that agents can buy into which will save them time and money and improve their service to customers - let’s get that right before we spend time on less immediately-useful PropTech like Blockchain, Artificial Intelligence and Chatbots.”

Fenwick will be previewing his work at next month’s EA Masters event in London.

A series of PropTech announcements over recent days suggest the sector...

Reapit names IT supremo as its new chief executive ...