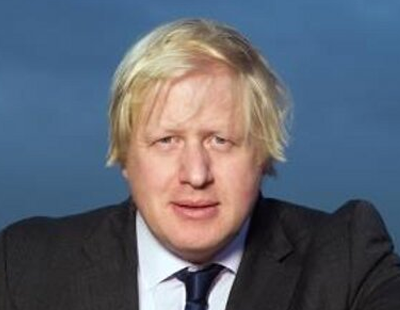 Boris Johnson is calling for a cut to Britain’s “absurdly high” stamp duty.

Writing in this morning’s Daily Telegraph - the same newspaper in which he wrote his infamous burka comments a week ago - Johnson says there will be an impending crisis of capitalism if young people are not able to get on to the housing ladder in greater numbers.

He writes that he believes a more mobile housing market, with a higher turnover facilitated by lower stamp duty, would encourage more first time buyers.

“It is not just that things were so much easier 30 years ago when I left university and went looking for a flat. It was only 10 years ago, for heaven’s sake, that the proportion of owner occupiers among 25 to 34 year olds was still up at 64 per cent.

“That figure has now plummeted to 39 per cent - more than half the key generation shut out of the housing market.

“This is meant to be Britain, the great homeworking democracy, but we now have lower rates of owner occupation for the under-40s than France and Germany.

“That is a disgrace” he concludes, saying it is of little surprise that young people may give up on capitalism if it excludes them from housing.

Ironically his comments about first time buyers come just two days after the Halifax showed that the number of first-time buyers in Britain had hit a 12-year high, despite the national average deposit now exceeding £33,000.

It says that irrespective of the apparent problems in the wider housing market, the number of people taking their first step onto the property ladder hit a new high in the first half of this year at 175,500 - coinciding with the government’s de facto scrapping of stamp duty for many FTBs, and the continuation of the Help To Buy programme.

This is the third consecutive year that first-time buyer numbers have topped 150,000 in Britain, more than double the record low of 72,700 in the first half of 2009 following the financial crisis.

First-time buyer numbers have risen 21 per cent in the past decade according to the Halifax, which uses its own housing data, earnings figures supplied the Office for National Statistics and mortgage and deposit data from UK Finance.

At the other extreme, the 10 least affordable local authority districts are in London. Brent is the least affordable, with the average price of £478,995 being 12.7 times gross average earnings.

Relatively modest price increases were seen in the north, up eight per cent, and Wales at nine per cent.

By contrast, the average first-time buyer price in Northern Ireland is a third lower than in 2008, down 33 per cent to £124,035 and the lowest in Britain.

Russell Galley, managing director at Halifax, says: “Despite these increases, the number of first-time buyers continues to grow and is nearly back to the peak seen of 2006. Government measures, such as Help to Buy, and record low mortgage rates continue to make buying more financially attractive than renting, with savings of £900 a year.”

Poll: Should even more be done to help First Time Buyers?

The number of first time buyers is estimated to have totalled...

The average age at which someone buys their first home has...