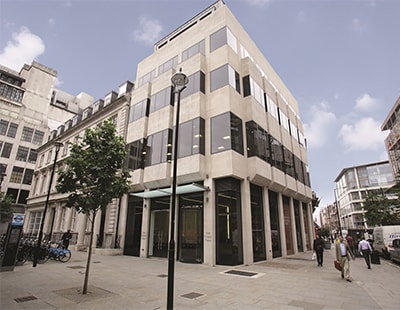 Carter Jonas has doubled the footprint of its UK headquarters in prime central London.

It’s added a further 6,760 square feet of space at One Chapel Place, W1, “to support its business expansion” according to a statement.

Although much of the expansion will be to accommodate those working on its social housing, commercial and corporate property activities, the agency is also thought to be performing strongly on the residential front.

A year ago some staff from the troubled Humberts agency join Carter Jonas as part of a ‘managed transition’ to create ‘partnered activities’ between the two firms.

Nationally, and across all areas of property consultancy, Carter Jonas has 410 fee earners and 37 offices including the HQ.

In the last five years Carter Jonas’ revenues have doubled with its annual turnover in the year ended April 30 2018 increasing to £60.8m and with pre-tax profits of £11.5m.

In the last 18 months the firm has relocated its Leeds, Cambridge, Bath and Shrewsbury professional services teams to larger premises. It has also enhanced its presence in Birmingham as well as extending its geographic reach in the south west, through opening new offices in Taunton and Truro.

“This is an extremely positive development for Carter Jonas and follows an accelerated expansion programme in which we have focused investment in London as well as enhancing our presence in our key regional centres. It is another important milestone in the continuing success of our long-term approach” explains chief executive Mark Granger.

Agency beefs up London presence ahead of "potential headwinds" ...

Carter Jonas has made three key appointments to beef up its...

Carter Jonas has opened a second office in the Wiltshire market...