It’s holiday season shortly and we’ve got just the weather for it - good news for some, perhaps less so for intrepid agents and others doing marathons for good causes, as we report this week.

It’s a sign of the determination of many agents, however, that they’re still putting their best feet forward in the hot weather - and if you’re doing the same, please let us know at press@estateagenttoday.co.uk and we’ll give some helpful publicity.

Now, wipe the brow one more time and read of these good works…

Cancer Research: Hamptons International announces has raised over £7,000 for this great charity in the Virgin Sport British 10k run.

Thirty employees took part in the event, which saw the team run around iconic London landmarks such as Trafalgar Square, Big Ben and Embankment.

To date Hamptons International has raised over £200,000 in its five year partnership with Cancer Research UK.

Hamptons International’s next fundraising initiatives are already in the pipeline, with a potential golf day and ‘Relay Around the Regions’ penned for the diary. Relay Around the Regions is a Hamptons International, company-wide fundraiser, whereby employees from around the business travel from branch to branch covering the entire Hamptons network of over 90 offices using various modes of transport from roller skates to rowing boats.

Lesley Cairns, Managing Director at Hamptons International says: “The Virgin Sport British 10k run was a huge success and it was wonderful to see our employees rally together to complete a race on what was one of the hottest days of the year – a true testament to the cause.”

You can give here: https://www.justgiving.com/fundraising/hamptons-british-10k.

This one was in Stoke-on-Trent. 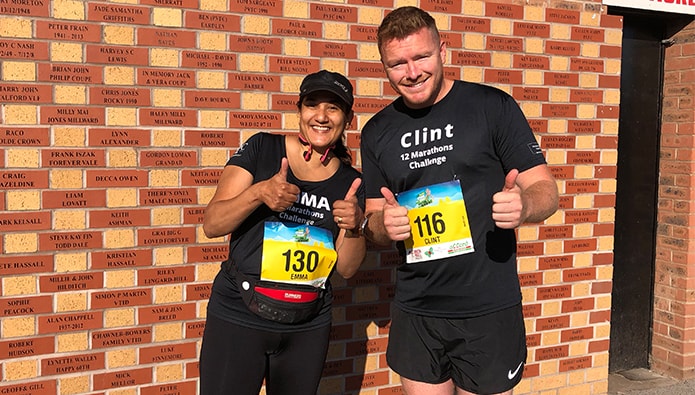 “I was running with three women and we had so much fun chatting, laughing and supporting each other. This is my fourth marathon in the 12 Marathons Challenge and even though the conditions were the hardest I have faced, it was the most enjoyable race. We spoke about each other’s stories and motivations” says Emma.

The next race is in Milton Keynes on August 11. For more information and to donate to their mission, please visit www.fineandcountryfoundation.com.

Jonathan Morgan, managing director of Morgans City Living says: “The whole team should be extremely proud of what they achieved, it was a hot day and for some of them it was their first ever running event. By taking part in the event and with the support of friends, families and colleagues, we have so far been able to raise over £620.” 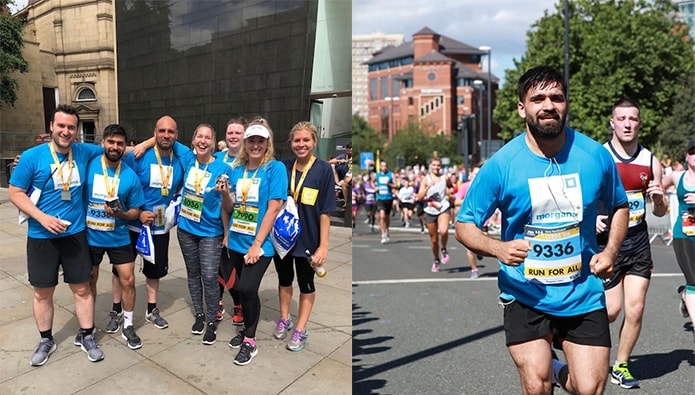 The Morgans Dream Team -  James Bruce, Alex Lavigne, Rhiannon Winfield, Kerry Roberts, Rebecca Parker, Shoeb Essaji and Daisy Morgan - were amongst over 10,000 other runners, to help raise awareness and to highlight the invaluable work of both charities.

Leeds Mencap provides support to families and individuals living with learning disabilities and The Market Place Leeds provides a range of support services and counselling to vulnerable young people in Leeds.

Thanks once again for your contributions to this weekly round-up of...

Agents Do Charity - zipped up tight, defying the storm... ...

Whatever the weather, whatever the season, our industry excels itself at...