With the weather scheduled to get a little cooler this weekend, fund-raising is clearly still a hot topic in the industry with many agents forsaking the beach for good works.

Thanks to everyone raising money for such worthwhile causes.

You know the drill by now - if there’s anything we can publicise, please let us know on press@estateagenttoday.co.uk and we’ll do the rest.

Martin House Children’s Charity: The Linley & Simpson team have had a busy July raising money for this great cause.

Greg Smallwood, head of land and development, ran the Leeds 10k in 46 minutes and 46 seconds – a great effort on a very hot day.  In the past Greg cycled 127 miles along the Leeds Liverpool Canal in two days and hiked 20 miles over 20 Lake District peaks in less than 12 hours.

The sky was the limit for Holly Robinson, lettings consultant at Wakefield, who did a 15,000ft sky dive raising over £700, while a  team of 10 staff from across the network took part in the annual Martin House Colour Run in Leeds raising a further £350.

Shelter: A team of 14 from housebuilder Hill took on the three highest peaks in Scotland, England and Wales to raise money for this charity. 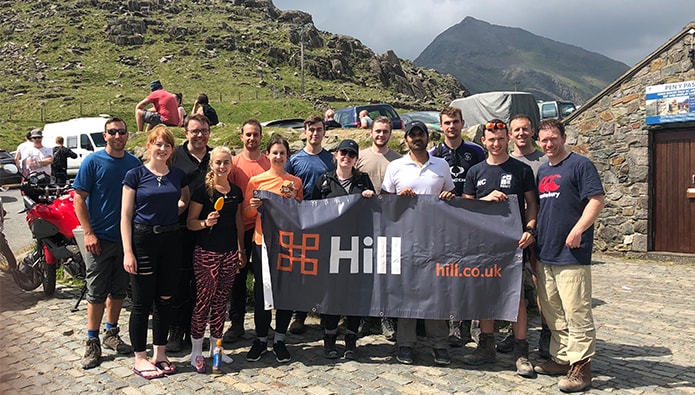 Andy Hill, chief executive at Hill, says: “Completing this challenge is no easy feat but I’m sure the team will agree that their aching feet and fatigue are worth the reward for raising such a fantastic sum of money for a truly worthy cause. Shelter helps millions of people every year struggling with bad housing conditions or homelessness. In a time where the UK has an undeniable housing shortage, this issue is close to our heart.”

Fine & Country Foundation: Sam Funnell from Fine & Country Rugby will cycle from the west coast of England to the east coast from August 10 to 12.

The 200 mile challenge will see Sam climb over 6,000 ft each day. The route includes stunning scenes from the Lake District, Yorkshire Dales and North Yorkshire Moors: some of England’s most iconic regions and National Parks. 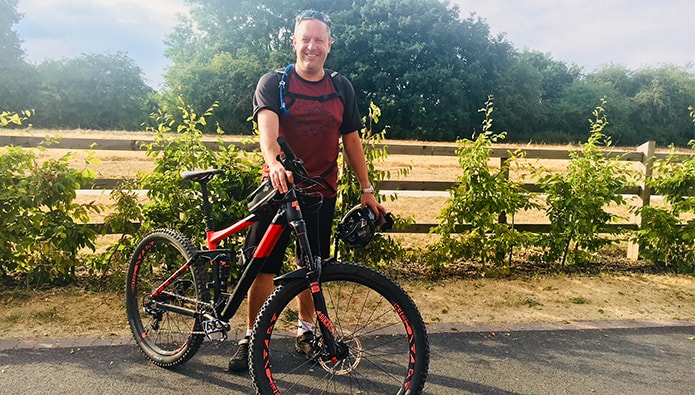 In 2014 Sam had surgery on his knee, effectively putting a stop to his usual sporting activities. His love of cycling developed as it became a sport that enabled him to maintain a basic level of fitness and rebuild the strength into his knee.

The money raised will support Hope4, a local homeless charity in Rugby. The Fine & Country Foundation has worked closely with Hope4 over several years and got involved with numerous events including sleep outs, coffee mornings and the Rugby Christmas Light Switch On.

Offley Primary School, Manchester: Pupils at Offley Primary have been learning how to stay safe on site, thanks to a visit to J One Seven hosted by Barratt Homes Manchester.

A total of 30 school children donned hard hats and hi-vis vests and set off to the development to learn the importance of site safety. The educational visit aimed to promote staying safe on site, whilst informing the children on what goes on at a building site. The children were able to learn about the machinery on site and all of the different tradesmen and what they do.

The youngsters were also given a tour of the show home at the development, where they were able to see what the homes look like once they have been completed.

A total of 54 people from 12 families, including 27 children, went on the four-day trip this July, led by Emma Barber, Spicerhaart’s head of training and development. A second group will be going in November. 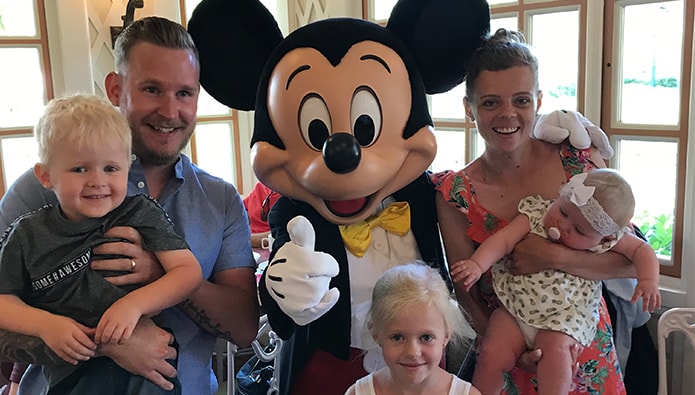 Emma says: “The families were nominated by the 13 children’s hospices we support across the UK following the death of a child. People realised once they walked through the doors at Disneyland that it was okay to have fun in that environment and create new memories for their other children. Many said they wouldn’t have done it on their own as we made it really easy for them and removed all the stress.”

Magic Moments was established in 1998 by Spicerhaart and has raised over £1.4m million thanks to the generosity of staff working for the company’s estate agencies across the UK, as well as suppliers and associates.

To take part in the upcoming London to Brighton bike ride, or help fundraise for Magic Moments, lease visit magicmomentscharity.co.uk.

Winkworth, which has supported the charity since the beginning of the year, has already reached their annual fundraising goal, and looks forward to raising much more for the charity throughout the rest of the year.

Dominic Agace, Winkworth’s chief executive, says: “Well done to the team for completing this run, and in such hot conditions. We feel that it is essential for us to give back to the community in a way that supports our company ethos of providing quality homes and communities for everyone. This is another building block in forming a long standing relationship between Winkworth and Habitat for Humanities and we look forward to much more fundraising success to come.”

Habitat for Humanity Great Britain is an affiliate of Habitat for Humanity International, an international development charity that aims to relieve the cycle of poverty by building homes for vulnerable families worldwide. The NGO was founded in 1976 in the United States, and today works in over 70 countries.

Agents Do Charity - as the countdown to Christmas commences ...

The Guild of Professional Estate Agents and Fine & Country are...