Hello and welcome to this week’s PJT, and although we’re well into the summer season now there are still plenty of moves to report.

But ahead of that, a brief reminder to please send your jobs news to press@estateagenttoday.co.uk - thanks.

First off today we look at new recruits for United Kingdom Sotheby’s International Realty, which has attracted high fliers from other prime agencies.

The new senior leadership team, comprising Guy Bradshaw, Jack Ballantine and Aree Rand, have nearly 50 years’ experience working in the prime resi sector: they have beneath them an impressive squad of staff, too (pictured).

Guy, formerly a director at Savills, joins as Director of Central London Sales & Lettings. he specialises in the Chelsea, Belgravia, Mayfair and Knightsbridge markets, having previously advised both the Grosvenor Estate and Cadogan Estate on their portfolios. Guy will oversee the business’ Belgravia office and will initially head up a team of 15.

Jack, who joins as Director of the Residential Development and Investment team, was formerly Head of Asia for CBRE Residential UK. Since joining he’s recruited several key hires including a UK China Head for the brand and has won several key appointments across London including projects with Lodha UK, Mount Anvil, Capco and Strawberry Star.

Aree, heading up North and North West London Residential Sales & Lettings, has over 20 years’ experience. He joins from Knight Frank, where he was Partner and Office Head of the brand’s Hampstead branch. 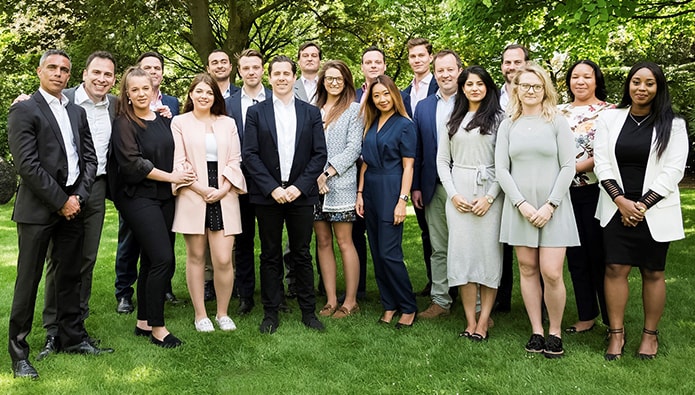 Robin Paterson, chief executive and joint chairman at United Kingdom Sotheby’s International Realty, says: “ The wide-ranging experience they each bring to the table will be invaluable as we continue to deliver the best possible service to our existing and future clients. We have an ambitious strategy to grow the brand’s disciplines in all divisions in the next five years, and these new hires play a crucial part in this.”

Meanwhile at Spicerhaart’s  Part Exchange and Assisted Move division, there’s another new appointment in a business that’s seen a 33 per cent hike in the past year. 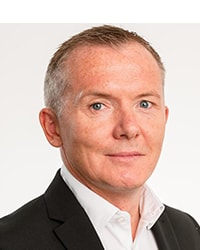 Mark Welberry has joined as business development manager covering London, Anglia and the South East. Previously he worked in estate agencies for 24 years, most recently as head of sales for London Stone Properties, based on the Royal Arsenal Riverside development Woolwich.

In his new role, Mark aims to increase referrals from developers, and “make Spicerhaart the preferred part-exchange provider by using his experience.”

He says: “As a group, Spicerhaart has the scope and support to grow the part exchange part of the business because we have numerous branches throughout England and Wales. And, as market leaders, we are able to give developers the peace of mind that we will get the property values right so they can part-exchange stock with confidence.” 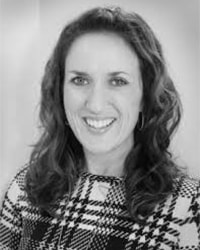 Now let’s head to the country and the ever-active Fenn Wright agency. 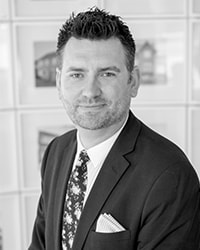 So far in 2018 Fenn Wright has celebrated its major milestone of 250 years in business, and has also announced the acquisition of Neals Estate Agents, with the subsequent opening of a new branch in Woodbridge - so the trio have plenty of work ahead.

Peter (right) has worked in local agencies locally for over 20 years while Kirsty (above left) joined Fenn Wright in 2007 after a successful career working as a mortgage broker.

Natasha (below left) also joined in 2007, initially at the Ipswich team as a valuer before moving to the Kesgrave branch. 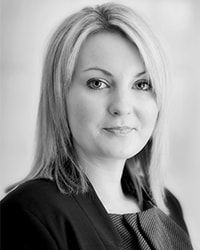 Alan Williams, managing partner at Fenn Wright, says: “We are immensely proud of what the Fenn Wright team has achieved already this year."

"Promoting three excellent members of staff who have continued to meet and exceed customer expectations is yet another reason to celebrate."

"We’re proud of all of them and wish them and their branches continued success.”

Now we’re marking the retirement of an agent who’s enjoyed an illustrious 30 year history at the helm of Kevin Henry, one of the most successful agencies in the Saffron Walden area. Henry Rowe will be retiring in September 2018.

Agency has always been in Henry’s DNA, being the son of the late Ted Rowe, former senior partner of Watsons Estate Agents and, in 1988, Henry formed Kevin Henry with Kevin Moll. 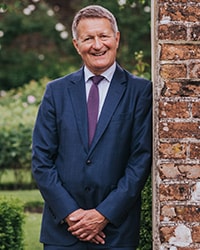 With dedication to great service and results, a passion for the trade and a love and extensive knowledge of the local area, the business thrived.

Under their tenure, the business has gone from strength to strength and Henry’s retirement comes almost 30 years to the day that Kevin Henry commenced trading, and two years since becoming part of Sharman Quinney.

“It has been an exciting and very rewarding 30 years and I am delighted to leave the company in such good health” explains Henry. “I wish my long term business partner, Kevin Moll, branch manager Sue Johns, and the rest of the Kevin Henry team, ably supported by Sharman Quinney, much success for the future.”

Mike Sharman, managing director at Sharman Quinney pays this tribute: “Henry’s years of dedication to the company have seen it grow into one of the best agents in the region, consistently selling more houses each year than any other local agent in the Saffron Walden area.  The Kevin Henry name has a reputation for excellence, and it is our intention to capitalise on this and its market leading credentials.”

And we close this week with some appointments news concerning industry suppliers. 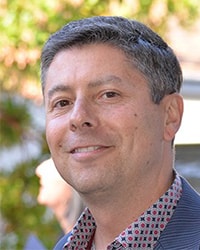 Chris’ role will be to leverage his experience in technology and content marketing to support the continued growth of Matterport’s cloud-based 3D reality capture platform.

Meanwhile at the mortgage division of the BH Group - under parent company, Bradley Hall Chartered Surveyors and Estate Agents - Phil Whiteside has joined as mortgage and protection manager.

That’s it for now everyone. Have a good week and please keep in touch with your moves.