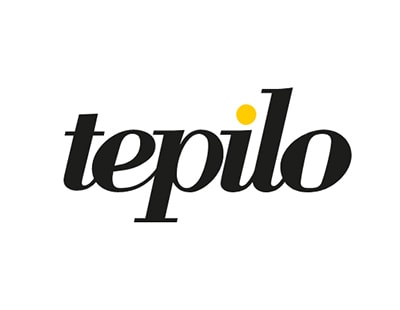 TV property expert Sarah Beeny says she expects online agencies to take 70 per cent market share in the future - and she has revealed that she is likely to return as a director of Tepilo, the online agency she founded and which is now part of Emoov.

“There are still talks to be had in the new company but it’s more than likely that I’ll return as a director. Quite aside from the business itself, I’m very conscious that the drive at the moment is to have more women in the boardroom of businesses everywhere and that applies to property as much as any other” she says.

Beeny founded Tepilo in 2009 and it operated for around four years as a For Sale By Owner service; it relaunched in October 2013 as an online-only agency and 18 months ago it moved into new headquarters in central London.

Early this year - some time after Tepilo was sold to the Northern & Shell publishing company - Beeny stepped down as director, but remains the public face of the agency. Last week she was a prominent part of the official statement saying that the agency had merged with Emoov and the online lettings operation Urban.

Now she has told EAT she is more than likely to come back into a management role during what she calls “exciting times” as the new multi-agency set-up takes shape.

“We’re certainly keeping separate individual brands at the moment, so Tepilo will very much continue. Each of the three agencies has its strengths and we’ll be playing to those. We’re three very successful firms so, as they say, if it’s not broken let’s not fix it” she says.

While Beeny says she endorses the widespread description of the new combined company as being second in the ‘online league table’, the offer being made to the consumer is not only as part of a competition with the sector leader, Purplebricks.

The merged entity says it has £15m in ‘new money’ including some from Northern & Shell, Tepilo’s largest shareholder. As we reported some weeks ago, there will also be Channel 4 investment from its Commercial Growth Fund. A statement from the new company says this funding is “in addition to Tepilo’s existing relationships with Northern & Shell’s publications and extensive advertising inventory via Sky, Channel 5, Express and Mirror newspapers.”

Beeny says she has been encouraged by recent statistics - produced by industry analyst Mike Del Prete - that the online sector now accounts for around 7.1 per cent of properties listed for sale. The figure came from Del Prete’s breakdown of Rightmove listings for April which showed significant growth for onliners in the first four months of this year.

“If it’s 7.1 per cent then that’s real growth and it’s obvious that the snowball is coming down the hill and is building momentum. There will never be 100 per cent online agency listings because it’s a huge market place and many sellers will always want a more intensive kind of treatment” she says.

“However, it’s reasonable to say there could be 70 per cent of homes sold online. There’s room for lots of players in the market but there’s no room for ones that aren’t customer- focussed. High Street agents that aren’t good are going to catch a cold” claims Beeny.

Meanwhile this afternoon it's been announced that Adam Day - who a year ago joined easyProperty - has quit the agency to join the newly-merged Emoov/Tepilo business.

Poll: Is Sarah right? Could online agencies one day have a 70% share?