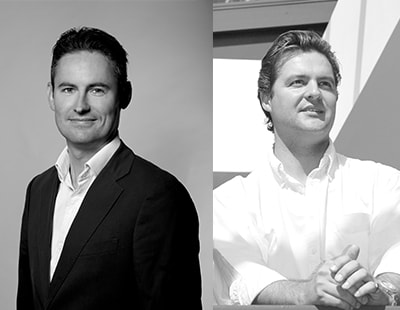 Estate Agent Today can reveal that a new property firm is being launched specialising solely in the sale of off-market homes - and it wants to recruit agents to win new business.

Although primarily focusing on prime UK country markets and on Greece, other locations will include Barbados, the Alps, Seychelles, South of France and the US.

The emphasis will be on the benefits to vendors of selling ‘quietly’.

Skinner, a property entrepreneur based in Greece and the UK, has worked on renovations of historic old villages, private luxury villas and a private super yacht.

The firm will have offices at Petworth in West Sussex, and another in Corfu, Greece.

In the UK country markets the operation will cover Surrey, Hampshire, Kent, Sussex, Buckinghamshire and Berkshire. It is for these areas that it wants to recruit new property professionals.

It says a minimum of three years of relevant experience is required, ideally with a background in off-market sales, along with a strong track record on selling and valuing properties in the home counties.

“Having a self-motivated attitude and passion for the business is essential, coupled with a strong understanding of social media and future property technology” says Gondolo-Gordon.

Meanwhile in Greece, Incognito Property will operate in Santorini, Mykonos, Athens and the Ionian Islands.

Properties will range from country estates, farms and farmhouses to waterfront estates, villas and new-build developments.

“The UK’s prime country house market has shown strong signs of serious buyers looking to buy something special under the radar. Approximately half of the properties I was selling in my previous country house role were off-market, as opposed to around 30 per cent in 2016. Meanwhile, savvy British buyers tired of the Balearics are now taking advantage of a realignment in Greek prices due to the debt crisis. Now the local economy is stable and displaying exponential growth” claims Gondolo-Gordon.

Decs of the Day: Your latest Christmas office photos and videos ...

We’re delighted to say we’ve had a fantastic response to our...

The extreme shortage of properties for sale has fuelled the first...