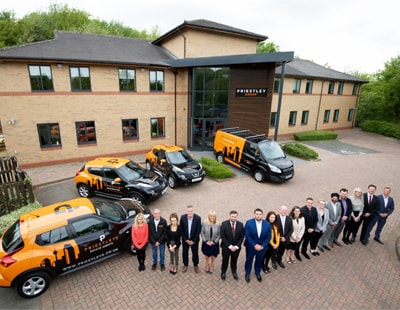 Just as some estate agents are reported to be making plans to retrench if the housing market continues to be sluggish, there’s good news from one firm launching a new agency.

The Yorkshire-based Priestley Group, which has previously focussed on lettings, is now launching into sales and plans to extend itself well beyond the north of England.

Priestley Lettings launched back in 2010 and the company says a move into sales means it should double its annual £250,000 turnover over the next three years.

Priestley’s will continue to operate out of its two main branches – one at the group’s new £1.2m headquarters in Leeds and a second in Bradford – and plans to expand into other major cities nationwide in the coming years, with Manchester and York earmarked.

The company currently manages more than 500 residential and student properties across Leeds and Bradford and will continue to handle the sales, lettings and management of stock developed by the Priestley Group and other customers alike.

Priestley’s has also made significant investments into its nine-strong team, which is overseen by director, James Priestley. “Following eight years of Priestley Lettings success in the Yorkshire market, it was only a matter of time before we expanded into sales to continue our growth” he says.

Meanwhile in the far south west Hennings Moir - a long-established agency in the Cornish town of Saltash - is now sister company to Belvoir in nearby Plymouth having been bought by Belvoir’s director, Kerry Pike.

Hennings Moir has been selling homes in south east Cornwall for almost 35 years and boasts the largest portfolio of rental property in the area, having opened its lettings department in 2006.

Ian Henning and Steve Moir are now retired with Pike - who has worked in the Plymouth property market for the last 12 years - taking over.

The average price of a property in a British seaside town...

A first-time-buyer couple in a part of the country renowned for...

Covid has changed how and where we want to live ...

One year on from the UK’s first stay-at-home order, London has...