Boy it‘s hot out there, with little end in sight yet. That’s the good news. Now the even better news - our industry still has enough energy to do good work for the community.

We’ve got more heartwarming stories this week, but we always want more. Please send us details of your fund-raising (press@estateagenttoday.co.uk) and we would be honoured to give you a mention.

Now, pour a cold drink and let’s show some respect for these heroes...

“Agents were encouraged to help tackle hunger in their local communities by preparing a simple food parcel to donate to their local foodbank.  Agents collected thousands of essential food items and toiletries in their offices to make up food parcels and make the all-important delivery to the foodbanks. 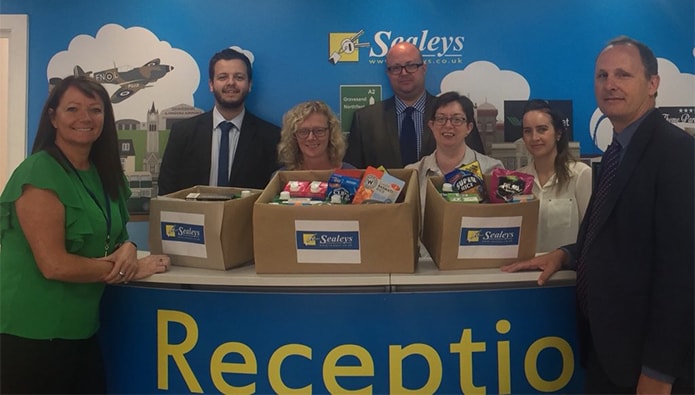 “Huge thanks goes to RAN who organized their collection via member offices. Thanks to all agents involved, some of those included; Dawson’s Property, Pygott & Crone, JW Wood Group, Thomas Morris, Moginie James and Drivers and Norris. 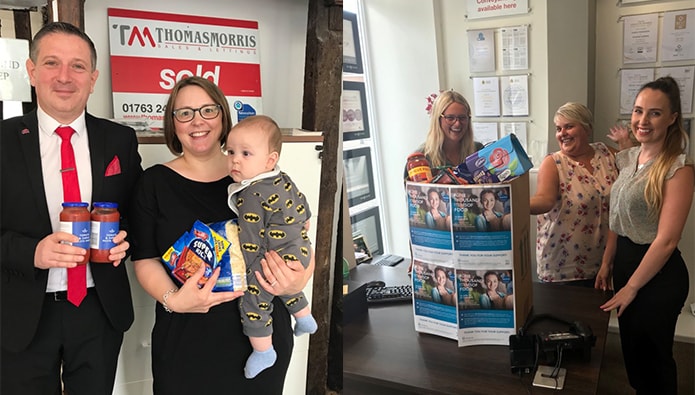 Peter Knight, Agents Giving chairman, says: “We were thrilled with the number of agents collecting and donating food parcels. Literally thousands of food items were collected and donated.  Thank you to all agents for their generosity, such an incredible job from all those involved.”

It’s not too late if you would like to collect and donate food items. Find your local foodbank and see what items they require: https://www.trusselltrust.org/get-help/find-a-foodbank/

Agents Giving Day (2): The team from chain building Proptech company mio was one of many suppliers and agents joining in  Agents Giving’s ‘Donate a Food Parcel Day’ on June 21.

Coinciding with Relocation Agent’s ‘One Thousand Items of Food’ campaign, people from across the property industry were invited to prepare food parcels for The Trussell Trust foodbanks – and help to support those living in crisis across the UK. 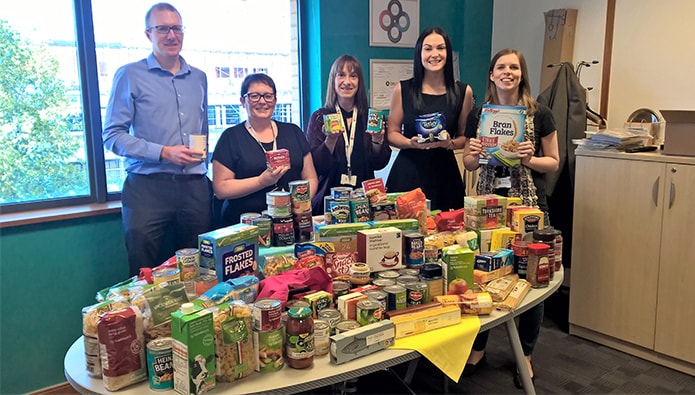 Supported by their colleagues across tmgroup, the mio team embraced the opportunity and collected a total of 163 items including cereals, tins of soup, tea bags, biscuits and dried pasta, for their nearest food bank in Cirencester.

mio’s product director Jon Horton says: “As a new supplier to estate agents, the mio team were excited to get involved in this annual charity event. I’m pleased to say everyone put their best foot forward to collect food to help support the good work that The Trussell Trust do to help people in need.”

The event took place at Cowdray Park Golf Club in Easebourne, West Sussex. Some 17 teams entered, including a team from RH & RW Clutton that included Richard Grassly and   Patrick Downing.

Peter Hughes, a partner and head of residential agency says: “We’re delighted to have been a part of raising funds and awareness of such a great cause. A fun day was had by all, and the weather certainly didn’t let us down. 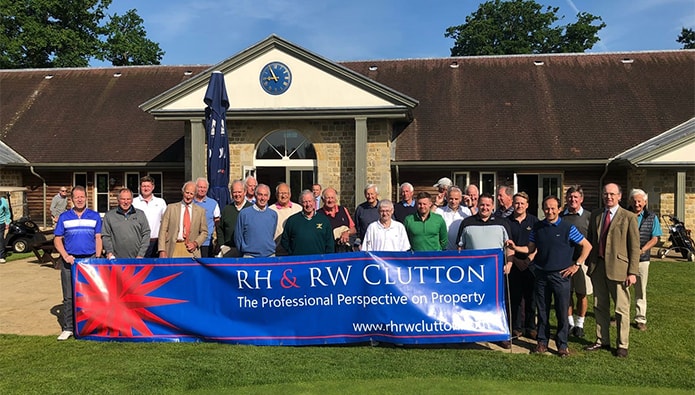 “The Legion have a huge presence in the local community throughout the Midhurst area, and are invaluable through their welfare work helping the British Armed Forces, veterans and their families to live on to a more hopeful future. Robert Windle of our Land Management team was the Resident Agent at Cowdray for 24 years so we are delighted that we still have a strong connection with them.

“RH & RW Clutton as a brand strives to support local charities, in order to give back to our communities. It’s been great to work with everybody involved who have all very generously given their time and expertise to make this golf day a success.”

Tŷ Hafan Children’s Hospice: Four members of the Conveyancing Association at Convey 365 - Spencer Cawley, Joel Grant, Morgan Paley and Will Smith – will this month be aiming to climb the Welsh Three Peaks this weekend.

Meanwhile in a week’s time CA operations director Lloyd Davies will undertake the 5in55 Challenge, ascending five of the highest mountains in the UK in just 55 hours. 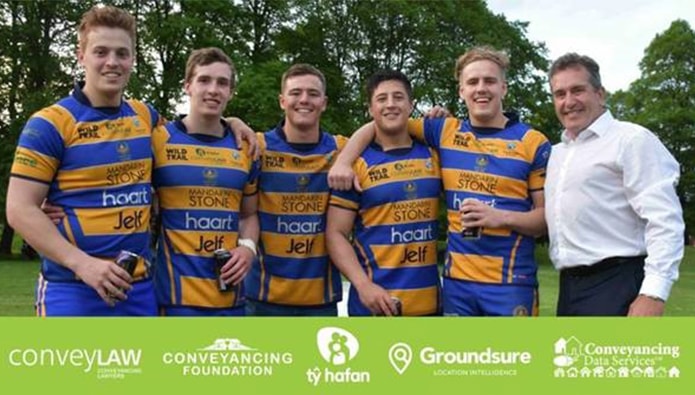 Tŷ Hafan is one of the UK’s leading paediatric palliative care charities and provides care for terminally ill children and their families. The hospice needs to raise over £3 million a year from private funding to survive. Tŷ Hafan aims to do everything in its power to make sure that a short life is a full life, as well as caring for the families involved, it aims to create special memories that last a lifetime.

So far the fundraising which has been achieved this year, in conjunction with the Conveyancing Foundation, Convey Law and Monmouth Rugby Football Club, as well as the local schools and youth clubs involved in the Monmouth Snowdogs Challenge, is just over £23,000.

The three-office RH & RW Clutton agency has issued a statement...

Day and night, this is a beautiful Christmas estate agency ...

We have a day and night version of today’s beautifully-decorated Christmas...

One of country's oldest agencies marks 275 years in business ...