Hello and here’s the latest daily update to help the industry through these unprecedented times.  If... 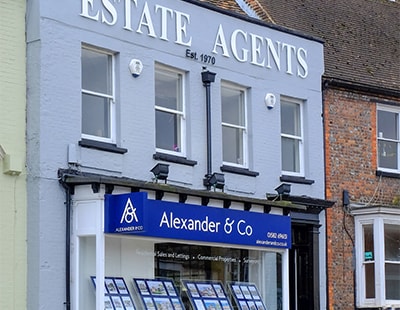 Several agencies operating under different brand names in south east England have been retitled under just one, called Alexander & Co.

This week five agencies - including Bannisters in Bicester, Claire Lloyd Properties in Aylesbury, Hartwells in Aylesbury and Wing and Baker Pearce in Harrow - adopted the name of the longest serving agency in the group, Alexander & Co.

Together the agencies, which employ over 90 staff and have a combined 150 years’ experience, form one of the largest groups of independent estate agencies in the Oxfordshire, Buckinghamshire, Berkshire and Middlesex.

The group claims 3,000 landlords and over 1,000 buyers and sellers on the books of the agency branches.

“Alexander & Co was established almost 50 years ago. Based in Dunstable, it’s rich in heritage, experience and has a reputation for giving customers the very best service – everything we stand for today” says group chief executive George Thomas.

The group manages over half a billion pounds worth of residential property assets, generating £21m in rental income for its clients in the last year.

Alexander & Co says it will launch a number of new services over the next year, where landlord customers can access property inventories and rental statements or monitor the progress of maintenance issues, among other things.

The group says that so far in 2018 it has registered over 1,070 people looking to rent, up on last year’s figures.

Christmas jumpers (and a jacket) plus more festive offices ...

So there’s under a week to go to Christmas and it’s...

Stamp Duty ‘could be linked to energy efficiency’ says minister ...

A minister has floated the idea that stamp duty could be...

The Labour Party claims there has been a strikingly large reduction...

A long-standing analyst of property portals and websites worldwide has included...