Welcome to another edition of Agents Do Charity, the weekly round-up of fund-raising from across our industry.

With spring looking like it’s finally arrived, agents’ efforts are stepping up a gear and we’d love to help if you are seeking publicity for your good work.

Just email us at press@estateagenttoday.co.uk and we’ll give you a very honourable mention...

Now, on with this week’s activities...

This event will see agents and suppliers going head to head to race and complete obstacles on the seven kilometre course. It’s open to all levels of fitness and you can enter with colleagues, friends or family.

The first event of its kind for Agents Giving is set to challenge the property industry to the maximum and will be held on Sunday May 20 at a secret bunker estate in Brentwood, Essex.

This challenge is a tough, gritty and very muddy obstacle race of natural and man made obstacles to test all levels of fitness so everyone can take part.

Obstacles include the death slide, cage rage and face plant to name a few.  It’s your challenge so you can choose how many obstacles your team take on. 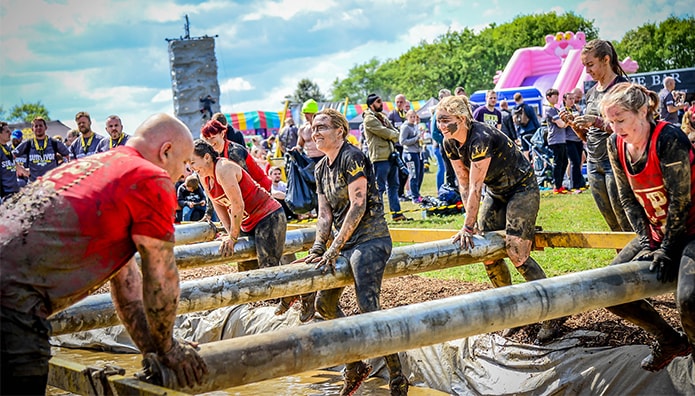 It is part of a festival weekend event hosted by Nuclear Races and includes timing chip, hot showers, parking, refreshments and food hall, spectator areas, camping option, live music and entertainment for all ages. It’s a great day out for family and friends to come along and support those taking part.

Although it’s now too late to enter, Gary Barker, managing director of Reapit and director of Agents Giving is a keen participant of tough mudder events and is encouraging as many as possible to attend: “The Love Mud Challenge is set to really test the industry and is a great way to get fit this year. This will be a tough challenge and one we know competing agents will love.”

For more information on The Agents Giving Love Mud Challenge, please contact Vikki Girton on 01372 370895 or email her at info@agentsgiving.org or visit the website at www.agentsgiving.org

Alzheimer’s Research UK #ShareTheOrange campaign: Legal & General (now a big player in Build To Rent and other aspects of housing) support campaign which seeks to raise awareness of dementia and the ground breaking research that is being undertaken to help defeat it. Over 850,000 people in the UK are living with dementia and one in three over the age of 65 will die of the disease.

Legal & General has been working with ARUK since 2015 when it helped fund the project ‘Dementia Explained’ which was the development of a website designed to help children and young people who were living with a parent or relative suffering from dementia understand what it is and how it affects the brain.

Last year it funded ‘A Walk Through Dementia’, a virtual reality app which helps the user experience and understand the very complex and frightening symptoms that those who suffer from dementia have to face. The app which gives a first person insight into these battles is now being developed for use by health care professionals.

At the centre of the two-minute film, which uses a blend of film, stop-motion and CGI animation, is an orange that gradually strips away to demonstrate how the diseases that cause dementia, most commonly Alzheimer’s, physically attack the brain. The emotive, also follows the journey of a person’s life and shows the impact dementia can have on them, their memories, relationships and loved-ones.

By sharing this film and joining the millions who shared the first campaign film, we can educate and inspire around dementia, and make it our next great medical research success story.

The #ShareTheOrange animation can be viewed and shared at www.alzheimersresearch.org

YMCA Coventry: Seven hardy members of staff from the commercial team at Propertymark in Warwick have spent a night sleeping rough in support of YMCA Coventry and Warwickshire’s Sleep Easy project.

Armed with cardboard boxes, bin liners, sleeping bags and gathered around a lit brazier, they prepared to spend a long night outdoors on the outskirts of a rugby pitch. Along with other fundraisers they endured temperatures which dipped to 5° and attempted to stay dry through long periods of rain. 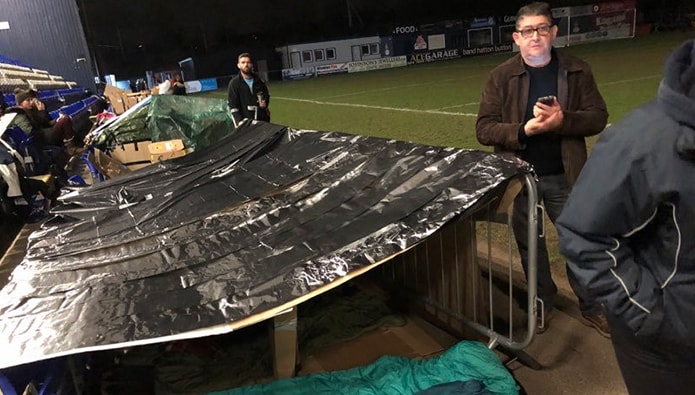 The event was organised to raise vital funds for the charity which believes that every young person should be able to develop their full potential in body, mind and spirit and achieves this through providing accommodation for 68 otherwise homeless young homeless people.

Fundraising has attracted generous support from ARLA Propertymark, NAVA Propertymark and NAEA Propertymark members from across the country, along with other members of staff. The total raised was £1,288. 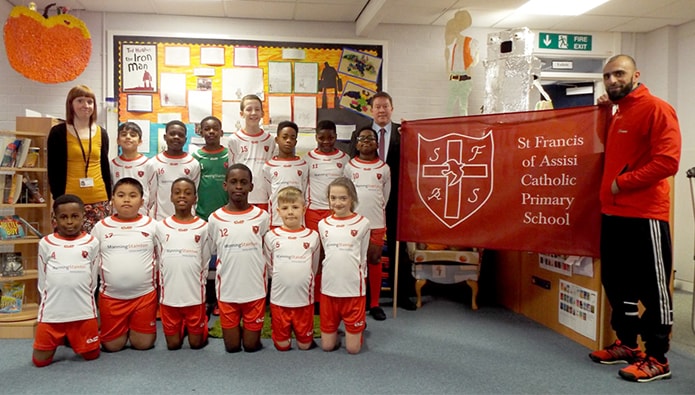 Ian Farbridge, manager of the local Manning Stainton branch, says: “We feel incredibly proud to work with so many different groups within the communities in which we operate. Each and every one of them does an incredible job and this is our way of acknowledging that.”

As the summer holidays near, we’re continuing to publicise the side...