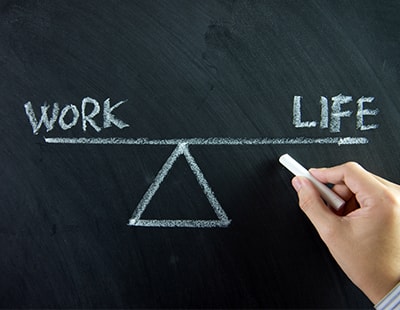 A survey by an industry recruitment consultancy indicates that work-life balance is increasingly important to agency job applicants, second in importance only to salary and benefits.

The question put to over 4,300 followers of Property Personnel’s social media channels revealed that over a third who took part said that an acceptable division of time between working and leisure activities was the most important factor when applying for a new job.

Salary and benefits led the poll results with 46 per cent, whilst employer brand and location came joint third with eight per cent each.

Responding to the figures, Property Personnel Managing Director Anthony Hesse says: “We all know that salary is important to job hunters, and it has long been the main criteria of accepting a job offer or applying for a job in the first place. But the requirement for a healthy work-life balance seems to be catching up as a key requirement when applying for a new role.

“Work is obviously important, but it is equally important to maintain a healthy life outside of the office - even though that sometimes feels like it’s consumed by long commutes, large workloads and inflexible schedules.

“The proliferation of smart phones and the expansion of social media also means that checking emails and taking business calls during out-of-office hours is more tempting and easier than ever.”

Property Personnel’s results were reinforced this month by a survey from employee experience company Qualtrics, which concluded that almost half of UK workers spend the majority of their time feeling overwhelmed by their workloads.

“This is something employers need to take on board. Millennials are notoriously challenging both to attract and retain as employees. On average, we know that replacing an employee costs around £30,000 and it can take up to 28 weeks to get them up to speed” says Hesse.

“So there is certainly something to be said for striving for an attractive work-life balance to keep retention rates high, as well as saving some valuable time and money. Ultimately, at a time when it can be difficult for staff to separate their work and home lives, it appears work-life balance is a key driver in keeping them motivated and satisfied.”

Agent helping ex-MoD veterans wants industry to do its bit ...