Winkworth admits the industry still presents a gender imbalance but says the franchise model has proven to be ideally suited to many women. 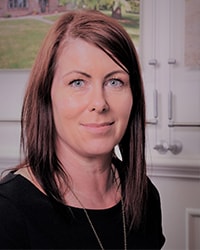 It cites Claire Wells (right), director at Winkworth Romsey, who after having her first child decided to open a rental agency in Winchester to give her the flexibility to work and look after her daughter.

Now with two daughters, and her office part of the Winkworth brand, she finds that owning her own business allows her to exercise family responsibilities too.

“It’s not easy managing a business and maintaining a good work-life balance most of the time. One of the hardest obstacles I’ve overcome is being a mother and juggling all that comes with it – taking children to work in the holidays” she says.

Claire McGrath (left), director at the recently-opened Winkworth Surbiton office, adds: “Combining family and business helps sometimes, so it’s great that I can bring the kids to work some weekends." 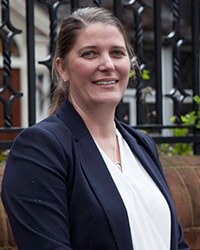 "Plus, after working in a franchise in Australia for 10 years, I don’t think I could work for someone else anymore so the franchise model works well for me and my lifestyle.”

Claire started her career in Australia in 2006 and went on to work for Harcourts, one of Australia’s biggest real estate companies. Having decided to move to England, Claire chose Winkworth to open a franchised office.

Sarah Turck (right) is another franchisee, serving as a director at Winkworth Brighton & Hove having joined the network in 2010 after a 15 year career in banking. 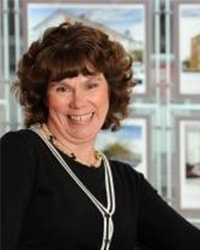 “My biggest achievement has been turning around a failing business which had a terrible reputation for poor customer service, and making it a thriving and successful business,” she says.

Winkworth says that according to a survey in 2015, some 10 per cent of the UK female population is thinking of starting a business and 17 per cent of new franchisees across a range of industries in the two years previously were women.

Winkworth has told its shareholders that it expects approaches from prospective...

Winkworth sales dip but new franchisees knocking on the door ...

Winkworth’s trading statement for the first half of 2019 show the...

Staff and senior management at a large franchise company running a...

It's been confirmed that Humberts has been sold for an undisclosed...