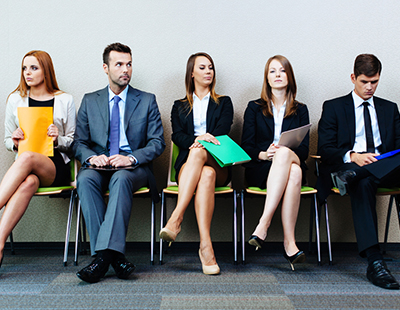 Latest figures suggest there are only 1,850 apprentices employed in the entire property sector, suggesting an even smaller number in the specific fields of estate and letting agencies.

The data, analysed by recruitment company Property Personnel, shows that in 2015/2016 (the latest information available) only 610 apprentices under the age of 19 were working in what is described as ‘Property Services’.

“These statistics include jobs in surveying, architecture and construction as well. So when you consider that less than 2,000 apprenticeships are spread around all of these professions, as well as the 20,000 or so estate agencies in the UK, the number of them hiring apprentices would appear to be vanishingly small” explains Property Personnel managing director Anthony Hesse.

He says the current figures mark a change in the hiring of school-leavers compared to only a few decades ago.

“As an industry, we used to do it all the time. Youngsters we took on were known as ‘Jimmys’ and they would do everything from working the Gestetner machine to filing and carrying out viewings. But nowadays, despite an official government scheme designed to encourage 16 to 18 year olds to start as apprentices, very few seem to be interested in getting involved” he continues.

Hesse says the benefits of apprenticeships to both firm and apprentice are considerable.

“My own 16 year old son started as an apprentice with an agency in Surrey last year. The process has allowed him to train in a profession in which he has a genuine interest, and earn money at the same time. In return, the agency gets a young mind, ready to be moulded in the company’s values, who is more likely to stay with them as a result.

“Presumably, it’s the perceived time and effort of the process that is putting agents off. But whilst there is undoubtedly some administration involved, the result is a succession of fresh faces coming into the profession, ready and willing to learn.

“Admittedly, the challenging market environment means that conditions are far from ideal at the moment. However, while the industry holds its breath, agents may be missing out on the best opportunity to train and hire the estate agents of tomorrow” he concludes.

Agents told to use Kickstart scheme to encourage talent at no cost ...

The government’s new Kickstart scheme is the ideal way for agents to...

Some 100 new apprentice estate agents are to be recruited in...

Agency and Alice are the perfect advertisement for apprentices ...

Alice Hickmott is the perfect advertisement for apprentices in estate agency...