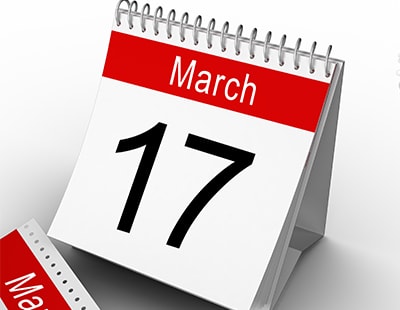 An online agency says it knows exactly when a home should be marketed in order to sell in the optimum timeframe.

Emoov looked at which month saw the largest number of residential property transactions over the last year despite slower market conditions as a result of Brexit and the snap election. The answer was June.

Then, using research by the Post Office on the average number of days a home was on the market before a sale was agreed (the answer to this one is 96) Emoov then counted back from mid-June to calculate the very best day to launch on the market.

But while March 17 is the best over the UK as a whole, Emoov has further refined its research to calculate the optimum day in major cities, too.

So in London, the highest level of transactions last year was seen in June, however in current market conditions, the average time to sell is 111 days. Therefore, says the online agency, vendors in the capital looking for a smooth sale in 2018 should list their home for sale on February 24 (that’s tomorrow) for the best chance to find a buyer.

With 110 days on average to sell a home, homeowners in Swansea are also approaching the optimum day to list with February 25 the best day to sell to hit the mid-June peak.

Similarly, in Hull it takes 101 days on average to sell, so listing on March 6 would see homeowners hit the June peak for completions.

Bristol is home to the quickest number of days to sell at 61 on average and with the market peaking in August last year, they have plenty of time until June 15 to list their property.

“It’s likely that buyer interest may remain subdued over the coming year, and so those serious about a sale should ensure they put themselves in the best position possible to find a buyer” says the agency’s chief executive, Russell Quirk.

Online agents “too cheap” and look too good to be true - Quirk ...

The failure of online agencies to significantly disrupt the industry is...